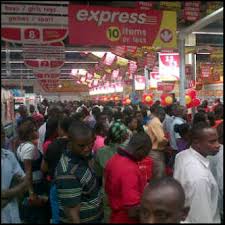 Eighty- three  persons who allegedly participated in the attack and looting of South African-owned mall, Shoprite  have been arraigned by the Lagos State Police Command.

The looters  committed the act in protest against continued killings of Nigerians in South Africa.

The counts border on conspiracy, riotous assembly, arson, stealing, malicious damage, unlawful destruction of property and conduct likely to cause the breach of peace.

The Police told the court that the defendants attacked the Shoprite Malls at Surulere and Sangotedo and allegedly stole and damaged properties estimated at N500m.