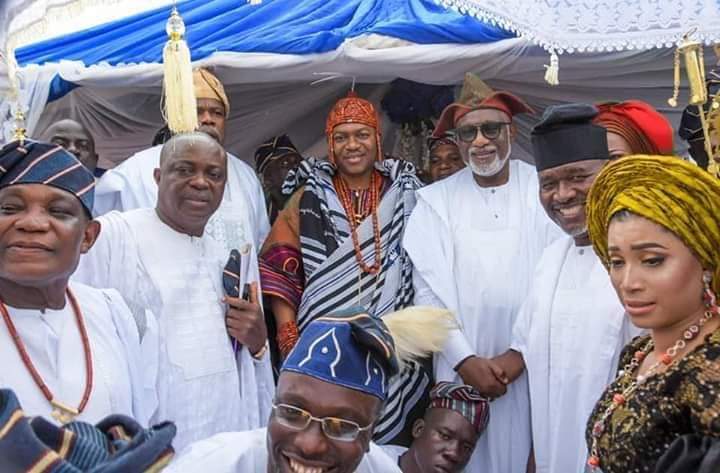 Ondo State governor, Oluwarotimi Akeredolu, SAN says it is a deliberate policy of his administration not to intervene in chieftaincy matters of any town.

He noted that his government would continue to allow the people to choose kings for themselves.

Akeredolu spoke on Sunday at the coronation ceremony of Oba Ajibade Gbadegesin Ogunoye III,  held at the Olowo’s Palace in Owo.

He said, “We have a policy on Chieftaincy. This government decided deliberately that we will not intervene in chieftaincy. Let the people make their choice. Today gives us sign that Owo has made the best decision ever. “

He assured the people that the  developmental project ongoing across the state would be extended to all the eighteen local councils in the state.

He declared that the ancient town of Owo in Owo local government area of the state did not make a mistake with the choice of Oba Ajibade Gbadegesin Ogunoye as the new Olowo of Owo kingdom.

The governor, who said he was at the event as an indigene of the town, described the coronation ceremony as remarkable for the people of the town.

He thanked the Omolowos and other chiefs involved in the selection process of the new King and the youths for standing by their choice.

He said:”Let us thank the Lord. I thank the Omolowos and all the chiefs that were involved in the selection process. I thank all the people of Owo for the peaceful exercise. I thank the youths for standing by the Oba. “