Slain Ondo Professor to be buried on Saturday as colleagues hold special congress for him today. 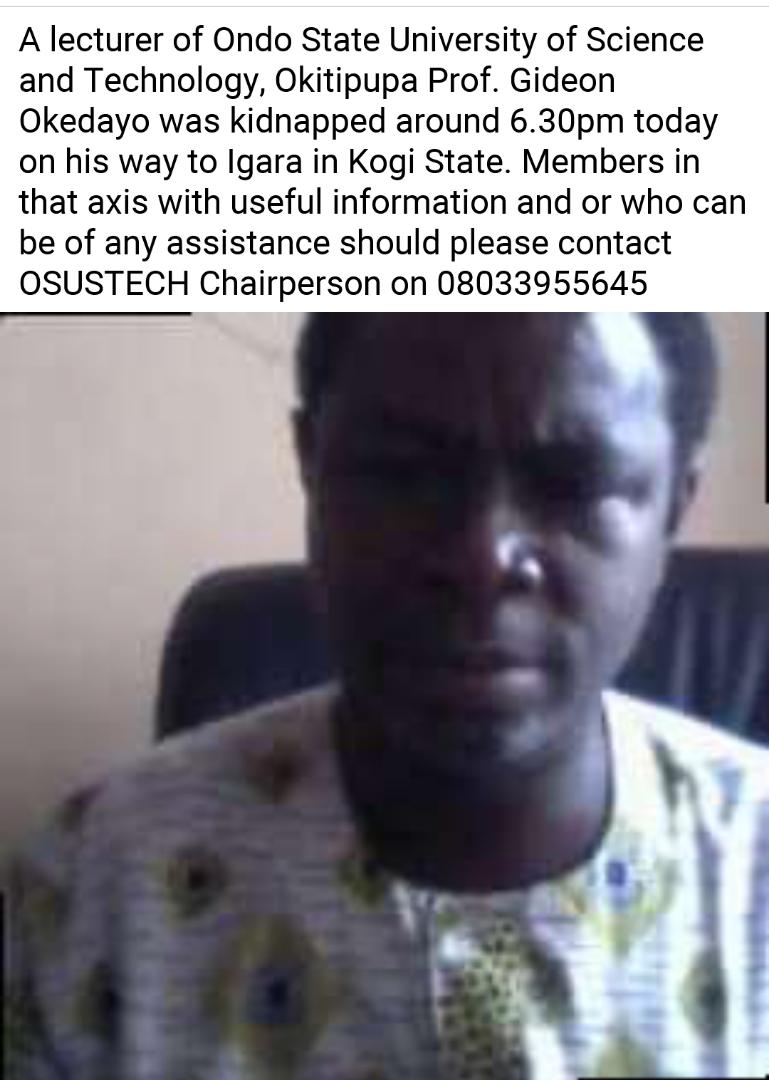 The remains of the slain professor of Mathematics, Gideon Okedayo of the Ondo State University of Science and Technology, Okitipupa, will be buried on Saturday.

As a mark of honour for the deceased Professor, a special Congress will be held at the institution by members of Academic Staff Union of Universities (ASUU), OSUSTECH Branch.

The institution’s chairman of ASUU, Dr. Dipo Komolafe confirmed this to The News Track.

Okedayo, a senior lecturer at Ondo State University of Science and Technology, Okitipupa, was kidnapped in Edo State, while on the road to Igara.

He was later murdered and dumped in the bush by yet to be identified criminals.

Meanwhile, the state government has sent a delegation to visit the families of the slain Professor.

The delegation was led by the state commissioner for Education, Mr. Femi Agagu