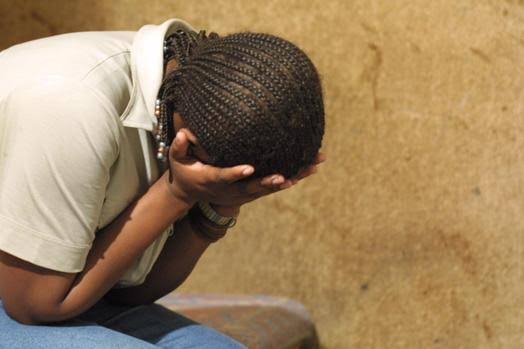 A 20-year-old boy, Gbolahan Ismaila has been arrested for allegedly killing a 35-year-old woman, Toyin Olubowale, with a wooden stool after allegedly raping her.

The suspect was arrested by police detectives in Oyo state.

The state Commissioner of Police , Shina Olukolu  paraded  the suspect on Friday at the command headquarters, in Eleyele, Ibadan .

He added, “On August 29, 2019 around 2pm, Ismaila boarded a commercial motorcycle ridden by one Joel Musa to Olubowale’s house.Ismaila sexually assaulted the woman and subsequently smashed her head with a wooden stool which led to her death.

“When the commercial motorcyclist returned him to Oju-Irin, Akobo area of Ibadan, he noticed a wound and blood stains on one of Ismaila’s fingers and he became suspicious due to unusual sound he heard from the house while he was outside.

“The rider went back to the house and met people crying over the death of the deceased. He thereafter informed the people that he knew the suspect. Hence, he was promptly arrested and handed over to the police.”

Olukolu noted that the motorcycle rider led policemen to arrest Ismaila, whom he said had confessed to the crime.

Two other suspects, one Oyedeji Blessing, who received the stolen phone and one Oyekola Mumini, a phone repairer, who assisted to wipe off the information on the phone were also arrested.