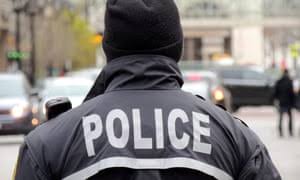 You will be shocked by the behaviour of a police man who is supposed to protect the people but  went crazily violent to stab eight persons in a night club in Akure, the Ondo state

His name is Sergeant Taiwo Orisadare.

He allegedly stabbed eight persons during a brawl in a clubhouse party at the weekend.

The policeman who attended a party organised in one of the popular eateries in Akure, Ondo State capital, went on rampage after he appeared to be drunk during the party.

Things went awry when the police officer asked for more drinks from the celebrants but was turned down  after some people cautioned the celebrants.

A source told The News Track that this infuriated the policeman who started harassing and molesting  those who were at the club.

The altercation  escalated as serious argument ensued  between the drunk Orisadare and one of the people at the party .

Efforts to pacify Orisadare failed to yield positive results as he allegedly broke a bottle and went on to stab himself and eight other people.

The source added, “It was so clear that he (Sergeant Orisadare) was so drunk and was already becoming something else at the club.

“He won’t just listen to those trying to tell him to take things easy. It was at the point that things went awry as he started attacking everyone he could lay his hands on. In total, he stabbed nine people before he could be overpowered