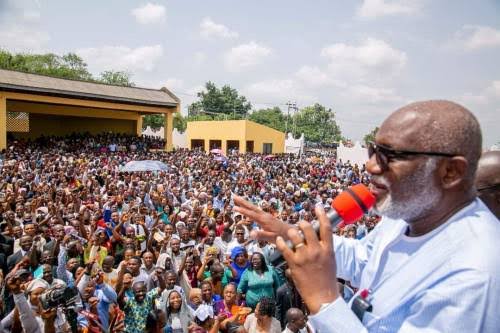 The state government had increased the school fees by about 200 per cent in 2017, saying “the initial rates operated under the previous administration were unsustainable”.

Pastor Giwa, in a statement made available to journalists urged governor Akeredolu to rescind his decision and follow the path of Oyo state governor, Seyi Makinde on education sector.

” Many students and parents are still bitter and angry about the decision of the state government to increase the tuition fees. I want the state Government to do the needful in this regard.

“I urge the government to follow the path of Oyo state government on education; my prayer is for the governor to succeed and he(Akeredolu) should always think about what people would say after he must have left office,” Giwa stated.