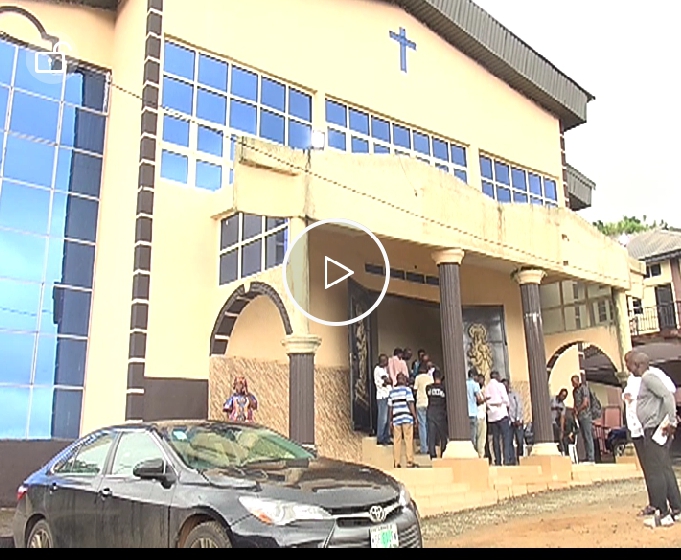 The social and conventional media were flooded four days ago with false reports that seven placentas and other fetish items were buried in the church.

In a unanimous decision, members of the church said God will judge those behind the wicked allegation.

They described the allegation as baseless.

A legal practitioner, Abayomi Ojo who spoke on behalf of the church, said members have unanimously agreed to rely on God to fight for the church.

He added that he report was targeted at tarnishing the image of the General Overseer of the Church, Pastor Gbenga Akinbiyi.

Ojo, a former chairman of Akure branch of NBA, added the allegation was spread by enemies of the church who are bent in destroying the work of God

He said, ” The allegation is baseless. It is being spread by people who are envious of the numerous achievements of our church.

“The perpetrator of the alleged rumor, one Mr Abiodun John who pretends to be a woman on the social network is being sponsored by some groups of old members who break away from the church some years ago”.

An elder in the Church, Emmanuel Ajidaun noted that the church quickly invited the Police to dig the altar to ascertain the alleged rumour of planting seven placentas and other fetish objects

He added, ” The incident is a mere distraction. Mr Abiodun John a former evangelist in the ministry who is found guilty for various crimes such as false prophesies, dubious collection of money from members and alleged impregnation of a house maid belonging to a church member is behind everything “