Our cows were not poisoned in Ijare, Miyetti Allah reacts — says death was an act of the gods 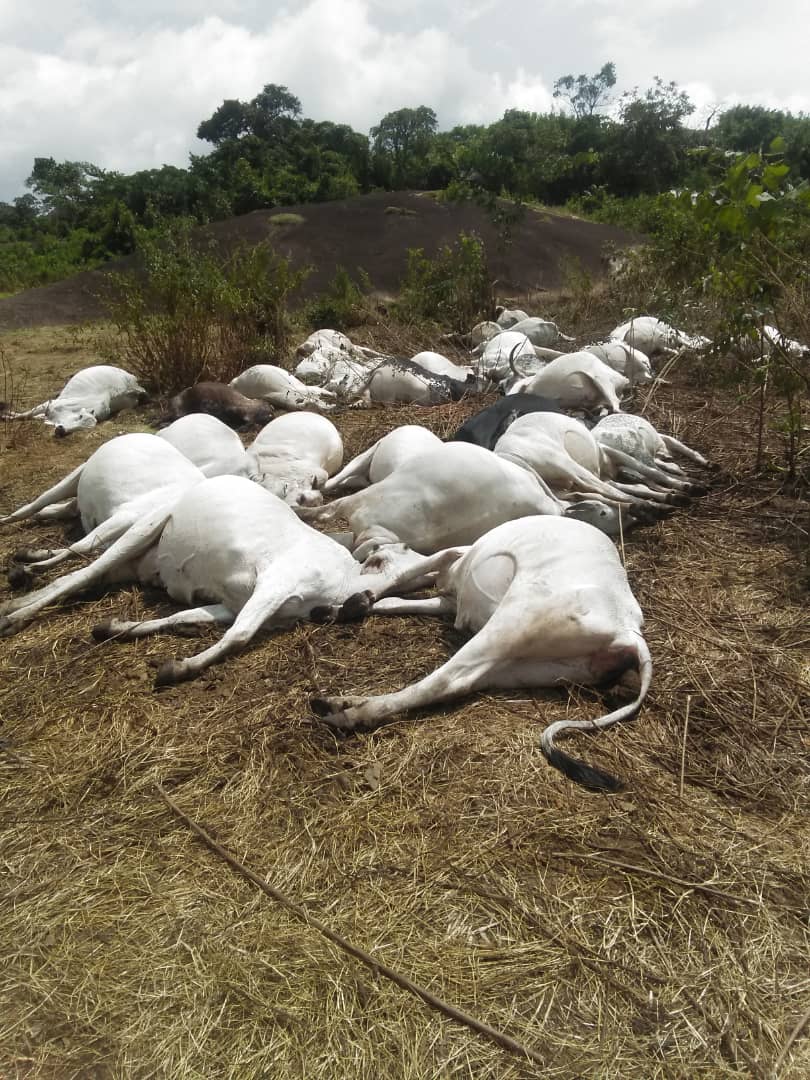 The Miyetti Allah Cattle Breeders Association of Nigeria in Ondo state has described the death of thirty Six cows allegedly killed by Thunderstorm on Saturday Night at the Oke Owa hill in Ijare,Ifedore Local Government area of the state as an act of God

The state chairman of the Association, Bello Garba said members of the association had visited the area to ascertain what was responsible for the death of the cows.

He noted that their findings showed that the cows were not poisoned as being insinuated in some quarters.

Garba said Members of the Association in the state would continue to live in peace with the host communities.