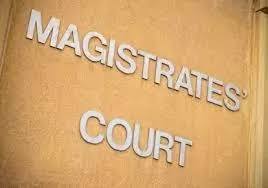 A housewife, Adenike Olowookere has been remanded in an Ado-Ekiti Chief Magistrate’s Court for allegedly attempting to kill her mother-in-law.

Adenike, who is 30-year-old was accused of r beating her 63-year-old mother-in-law, Mrs Comfort Olowookere.

The beating she gave to her mother-in-law almost led to her death .

The attack left the mother-in-law in a state of coma as she is now receiving treatment in an undisclosed hospital .

Police Prosecutor, Inspector Bankole Olasunkanmi, told the court that Adenike committed the offence on September 9 in Ado-Ekiti within the Ado Ekiti Magisterial District.

He added that a charge of attempted murder has been slammed on the accused whose address was not provided.

The Chief Magistrate, Mr. Abdulhamid Lawal, ordered the remand of the defendant and adjourned the case until October 17 for mention.