Hoodlums kill Traditional ruler for preventing them from attacking community. 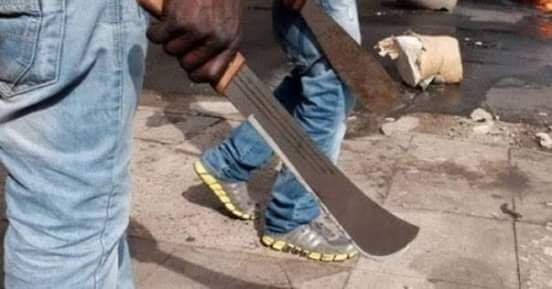 The monarch died following the  injury he suffered from the attacks by the thugs.

The deceased traditional ruler was attacked on Saturday and suffered deep machete cuts on his head, hands, and face.

Apart from the monach, another resident who was severely injured in the fracas is said to still be receiving treatment at a hospital.

The late traditional ruler was recently installed as the Akogun of Ado kingdom.

He was said to have attempted to prevent some hoodlums who invaded the community from wreaking havoc, last Saturday before he was attacked.

Some of the residents, who were shocked by his action, reportedly beat him and collected the stolen television set from him.