Outrage over plan by Buhari to re-introduce tollgates 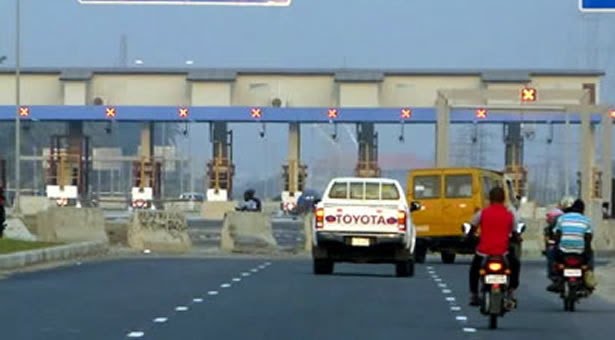 While the Major opposition party in the country, the Peoples Democratic Party (PDP) have come out to criticise the reintroduction of tollgates, many Nigerians took to the social media to kicked against the policy.

Recall that the administration of former President Olusegun Obasanjo had cancelled tollgates.

In some of the reactions on WhatsApp, Jeje Rhythm said introduction of Tollgate will definitely lead to increase in Transport fare.

He added, “We have entered it. Let those who collect between 1k and 2k before voting continue to do so, they will pay back in 100 folds.

“Those who are interested in commenting on social media and watching TVC and Channels TV without voting should also continue. We shall all pay for it. But one day, it will stop “I pray we will not be victims of these obnoxious policies”.

For Gbenga Abimbola, a lecturer in the Department of Mass Communication, Adekunle Ajasin, the re- introduction of tollgate is not good for our economy.

He said, “We are already victims. The effects are already taking their tolls on the masses. ” it is left for us to remain docile while laughing over the ordeals of the likes of Sowore who dared to challenge the ruling class.

“We, indeed, are the architect of our own misfortune”

Minister of Works, Babatunde Fashola disclosed while briefing State House correspondents after the Federal Executive Council (FEC) meeting presided over by President Muhammadu Buhari on Wednesday at the Presidential Villa, Abuja that government will return plazas .

The minister said that though the government dismantled toll plazas in the past, there was no law abolishing tolls.