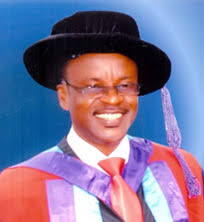 A former Vice Chancellor of the African University in Bayelsa State, Prof Valentine Aletor, who was abducted by gunmen along Elegbeka/Ipele Road in Ose Local Government Area of Ondo State has regained freedom

Prof Aletor was said to be travelling from Yenagoa, capital of Bayelsa, in his personal vehicle at about 6:45am on Thursday when the incident occurred.

The suspected kidnappers reportedly appeared on the road and forced him into a shop before he was taken into the bush.

The abductors demanded N20m as ransom from the victim’s family to release him.

Spokesperson for the police in Ondo, Femi Joseph,  confirmed to The News Track that the kidnapped Professor has regained freedom.

He said the police were on the trail of this abductors.

But could not confirm if ransom was paid to his abductors