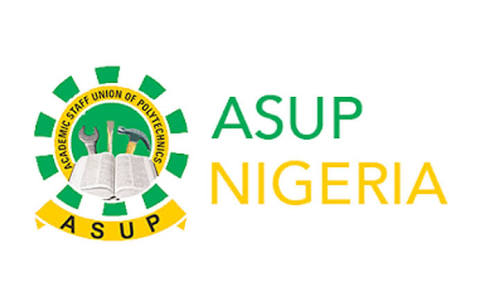 Members of the Academic Staff Union of Polytechnics (ASUP) are set  to paralyse Academic activities in  Polytechnics across the country, if the  Federal government fails to meet its demands before 31st October 2019.

ASUP ultimatum starts immediately from 10th October and expires on 31st of October.

The polytechnic lecturers at the end of their i96th National Executives Council  (NEC), meeting on Thursday   at the Federal Polytechnic Oko, Anambra state,  gave  a 21-day ultimatum to the Federal government to address its agitations or risk indefinite  industrial action in  the nation’s Polytechnics.

In a communique issued and signed by its National President, Usman Dutse, the union  said it has started mobilisation in all of its chapters.

He added that members were being engaged in readiness for action if the government fails to address its demands before the expiration of a 21-day ultimatum.

Dutse added “The union’s NEC is hereby issuing a 21day ultimatum to the government to address the issues as listed satisfactorily or risk indefinite withdrawal  of services by our members Nationwide,” D

He said the body had urged its organs and chapters  across the country to commence mobilisation for the purpose of strike towards rescuing the sector from imminent collapse.

In a communique titled, “Renewed Threats to the survival of Polytechnics education in Nigeria, the position of the ASUP”, he said that only an efficiently run educational system would deliver Nigeria’s quest for a knowledge-driven economy.

Dutse listed the areas of concern to include an attempt to forcefully enrol its members into the Integrated Personnel and Payroll Information System (IPPIS), non-implementation of Federal Polytechnics Act 2019 Amendment, as well as Continued Victimisation of union’s officers and members.

“Government has refused all entreaties to reconvene the renegotiation of its agreement with the body since 2015, even after 10months submission of the charter of demands”