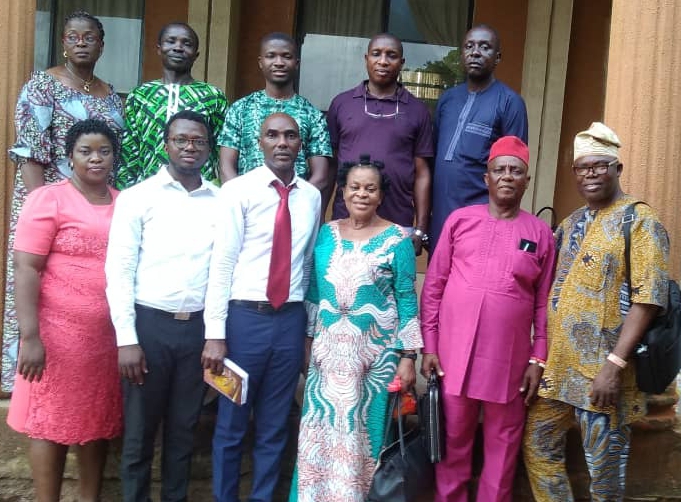 The Ondo State Chapter of the National Association of Nigerian Nurses and Midwives (NANNM) has warned  its members against  professional misconducts in discharging their duties.

The newly elected  Chairman of the Association, Comrade Kehinde Nomiye gave the warning while taking the oath of office at Nurses’ House, Igbatoro Road, Akure.

He called on the Ondo State government to urgently employ  more nurses into the state hospitals across the 18 local government areas.

Nomiye who was elected unopposed to succeed Comrade Opeyemi Oloniyo, said recruiting fresh nurses would fill the gap created by retiring health officers and those leaving for a greener pastures home and abroad.

The election was also witnessed by ondo state government’s representatives including the State Director of Nursing Services, Mrs Alice Ogundele.

Speaking after their inauguration, the new Chairman of the Association, Comrade Nomiye lamented that various government’s health facilities in the state were currently understaffed with nurses and midwives considering volume of patients seeking medical services in the state.

The NANNM Chairman vowed to run an inclusive administration that would defend interest of his members.

He commended the present administration of Oluwarotimi Akeredolu for its huge investment in the health sector.

He urged the governor to look into various demands of nurses in the state for smooth service delivery at various medical facilities of government.

Nomiye also urged the State Government on the need to domesticate the unified scheme of service for nurses which will allow members of the profession attain the peak of their career.