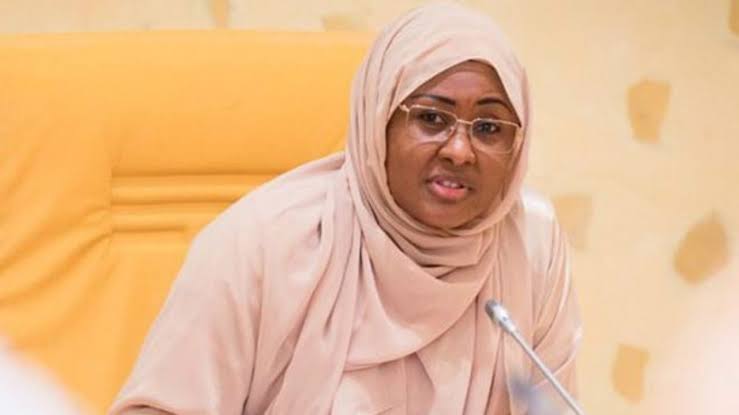 Wife of President Muhammadu Buhari’s wife, Aisha, is expected to arrive in the country on Sunday (today) after two months

Source at the presidency say the First Lady has departed London, where she had been for about two months.

“I can authoritatively confirm that Her Excellency has left London and is on her way back home.

“She has even announced it on her Twitter handle that the wife of the Nigerian High Commissioner to the United Kingdom saw her off. We are expecting her,” the source said on Saturday evening.

Aisha had earlier posted on her verified Twitter and Instagram handles, “Wife of the Nigerian Ambassador to the United Kingdom, Mrs Modupe Oguntade, seeing me off. Thank you so much, madam.”

The posts were accompanied with a picture of the First Lady, decked in a red jacket and black turban, speaking to Mrs Oguntade, who donned a fur jacket.

Aisha has not been in the country for nearly three months since the completion of the Hajj in Saudi Arabia between August 9 and 14.

She reportedly jetted out of Saudi Arabia, where she went in company with her husband, to London, where she had remained since

Aisha long absence fuelled  the rumour that she deliberately left the Presidential Villa in protest against certain issues at the seat of power.

With additional information from the punch newspaper