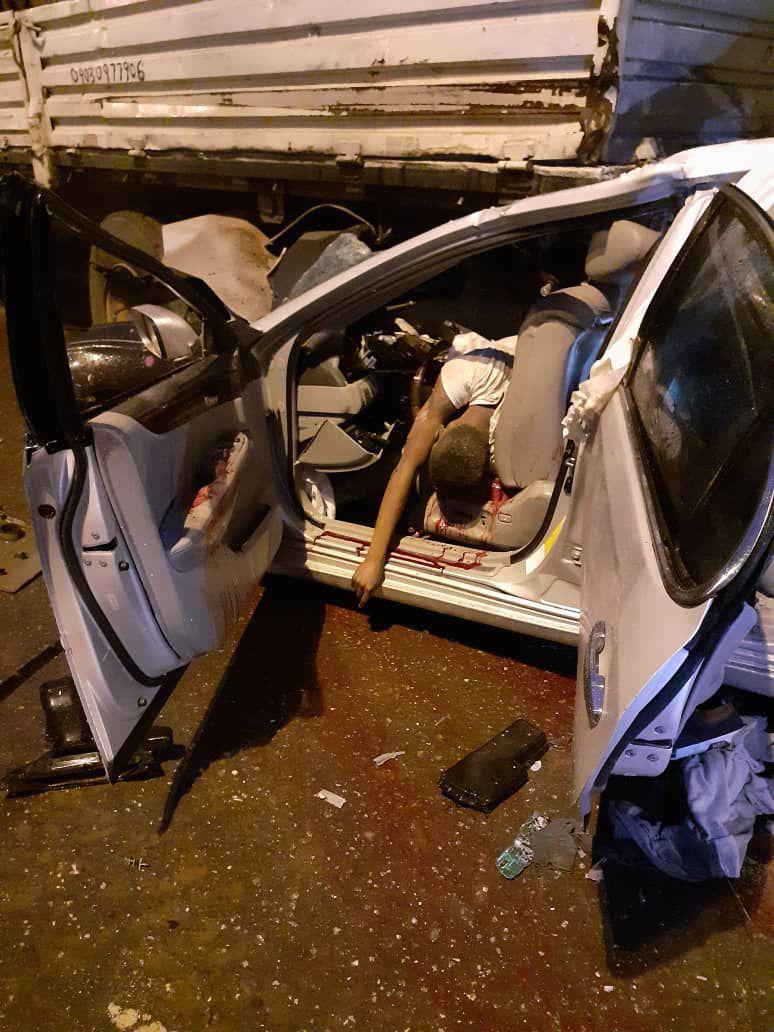 Four persons were burnt to death in a road accident, which occurred at the Oyoyo Camp, Ipele, on the Owo-Benin Expressway in the Owo Local Government Area of Ondo State..

Several others sustained varying degrees of injuries in the road mishap

The Toyota bus, it was gathered  was heading for Makurdi, Benue State, while the Peugeot J5 bus was  heading for Akure from Benin, Edo State.

.
“The two buses collided and immediately caught fire. While the other passengers escaped being burnt, the four unlucky ones were burnt beyond recognition,” the eyewitness stated.

Police spokesman , Femi Joseph, said the injured victims had been taken to the Federal Medical Centre, Owo, while the remains of the deceased were deposited

He said immediately it occurred, men of the corps moved to the scene and took the victims to hospital.

He said the cause of the accident was the violation of the speed limit by the drivers of both vehicles.

“Four people were burnt to death, while 14 were injured and have been taken to the hospital,” Ogungbemide added.