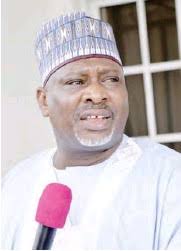 Impeached Deputy Governor of Kogi state,Simon Achuba says he is currently placed under house arrest in his lodge at the Government House.

Achuba who was impeached on Friday by the state house.of Assembly claimed that All his police attaché have also been withdrawn.

He Accused the State Governor, Yahaya bello of Being behind his ordeal .

Achuba’s Impeachment followed the submission of the judicial panel of enquiry set up by the Kogi state chief Judge to investigate allegation of Gross misconduct levelled against the Deputy Governor.

The state House of assembly acted on the report of the panel of enquiry and subsequently sacked Achuba from office.

Meawhile,The Running mate to Governor Yahaya Bello, Edward Onoja is expected to be sworn In as the new Deputy Governor of Kogi state.