Boy commits suicide after he was tortured by father in Ekiti 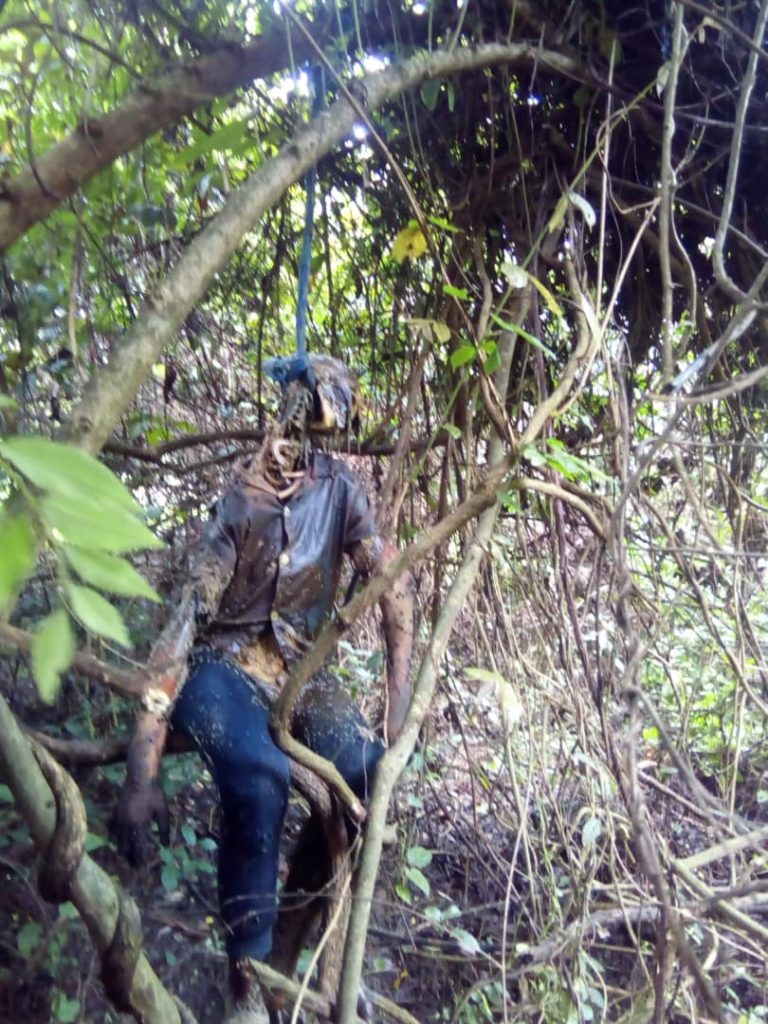 Days after committing suicide,  decomposing body of a secondary school student has been found on a tree in Epe Ekiti, Ijero Local Government area of Ekiti state.

The boy, it was gathered hung  himself on the tree which is located in a thick bush opposite his father’s house.

The boy was declared missing for over ten days after he was tortured  by his father.

An eyewitness told The News Track that the father of the boy who is a drunkard was fond of torturing the boy with dangerous items at every slightest provocation.

Some members of the community said the mother of the boy is also a victim of the man’s anger.

The deceased boy was planning for his external examination before he was beaten as usual by his father.

But  after the boy could not bear the pain he escaped from the house and did not return home.

The man did not also make any effort to look for him with the hope that he would return as usual.

The offensive odour and flies which took over the community attracted the attention and curiosity of members of the  neighborhood who latter detected his decomposed body where it was dangling on the tree.

In the meantime, the police have arrested of the father of the boy