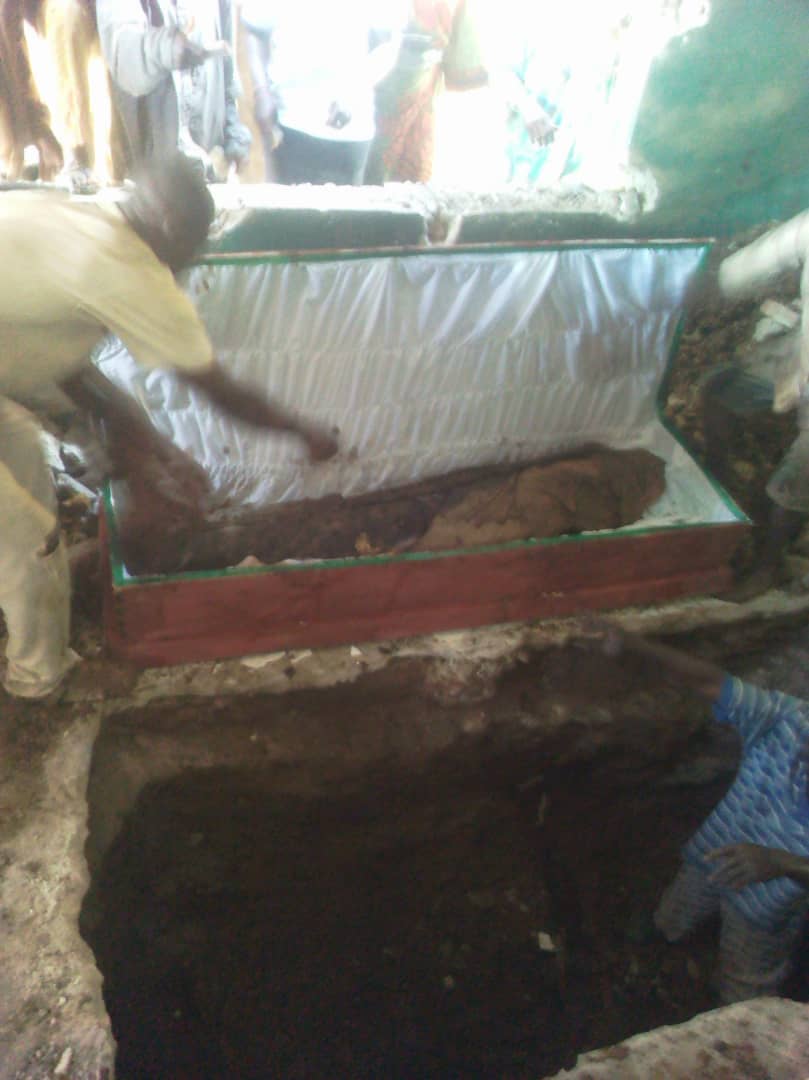 Akure, the Ondo State capital, witnessed drama and surprises, after the corpse of a man buried forty-one years ago remained intact, when it was exhumed at a two-storey building in the town.

The corpse was exhumed due to the ongoing construction of the hospital road in Akure.

The onlookers were surprised to see that the corpse was fresh, as if it was recently buried.

All the things he was buried with, were still intact.

The incident occurred at Alafia Tayo Round about, which is opposite the Mega Primary School, Akure.

Many people, including motorcyclists, besieged the place to catch a glimpse of the corpse of the man, identified as Baba Boboye.

The corpse was later moved to Ajegunle, along Ijoka where it was reburied.