THE ABENA AS A PHENOMENON (1) 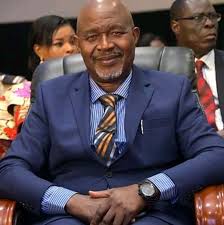 THE ABENA AS A PHENOMENON (1)

In the 2003 elections (both National and State), it was quite easy for a discerning mind to predict where the pendulum will swing.

In Ondo State, the main battle was between the AD and PDP, even I, as a candidate of the AD contesting for the House of Assembly elections, I knew my faith.( It was the era of ‘umbrella yi’i lo’ron’).

But one candidate I was so sure will win his election was Hon Afe Olowokere who was the candidate of the AD into the House of Representatives. I had even gone to congratulate him before the elections telling him his election would be a walk over. And the reason I jumped into that conclusion was because his opponent to me was one unknown American returnee who cannot match the feat of Afe’s achievements and popularity.

But I was wrong, Abena the American returnee won that election in a landslide victory.

In 2011, Abena also got elected into the House of Reps again, after crossing over to the Labour Party from the PDP. The primaries where he emerged as the candidate of LP was also intriguing, having to contest against an aspirant who was openly supported by a sitting Governor of Mimiko’s caliber.

After his victory in LP against the wish of the Governor, you don’t need a soothsayer to predict that the center could no longer hold amongst the two, and Abena had to move, and this time he moved to AC/APC.


In AC/APC he was reputed to be the biggest financier of the party especially in Akure Federal Constituency, he later contested for the Central Senate seat, but only God knew exactly what happened in the primaries and which of the stories to believe, but the fact was that he lost.

Abena later teamed up with Aketi in the Governorship election both in 2012 and 2016,and ensured Aketi’s victory especially in 2016 by delivering the votes of Akure Federal Constituency.

I only got to know Abena closely in 2016, because I was the Chairman of Aketi’s Campaign committee in Akure South LG, and I have to attend most meetings on the elections in his house.

Honestly I cannot specifically say what endeared him to me, but after series of interactions I found out he is indeed a good man. A man who is genuine at heart. He shoots straight, not someone that is taken to deceits. You always know where he stands. Very fearless and could sometimes be aggressive.

What I admire most in him is his loyalty, when Abena is loyal, he can take it to the extreme. Just like he was to his boss Aketi and I want to believe he still is.
Again what endears Abena to many is that he listens, he doesn’t claim to know it all. Most decisions Abena takes are advices from members of his inner caucus and close aides,and in the few cases where he unilaterally takes a decision and he brings it to the fore and after thorough discussion he concedes to the majority.

Some of his negatives includes his temper, that is better imagined!.
Then there is this belief in winner takes all, whereby not accommodating members of the opposing camp, even within the same party. Unfortunately this idea was sold to him by his followers, some of whom have deserted him and now using it against him. They are the ones who cluster around him jealously building a shield and would vehemently resist an ‘outsider’ from gaining access to him. Their mantra has always been ‘we work for this victory and we must be the only one to eat the fruits of its success’.

Abena is very generous, there is nothing too big for him to give out, yes and that is when he has.

Abena understands the game of politics near perfectly and uses what the people adores most which is money. How many of the modern day politicians can give people money in millions and will not call TVC and CHANNELS to come and beam it live.

Or a commissioner sharing five thousand naira and is proud to broadcast it on all social media networks.

This is an edge Abena has over many others. He gives freely and unannounced.

The recent gang up and hatred borne towards Abena is nothing more than pure envy. They envy his perceived closeness to Aketi and see him as a hindrance to getting their own share of the cake. So the next thing is to spew out lies and concoct stories to turn Aketi against him.

The cars and house they claimed he demanded for are not going to be his personal property, but they are statutory needs of the office to function effectively. It’s not as if when he leaves the office he will take them with him. On this thanks to Arakunrin for doing the needful.

There is nothing bad in forming groups and caucuses in political formations, it is meant to advance people’s expectations and beliefs, but if it is done purposely to bring just one person down, especially your benefactor whom you have gained tremendously from, then it is bound to fail. There is no two ways to that.

Aketi is a very lucky guy, everybody is interested and even struggling to identify and work for his second term, some even spending their own money, but I hope Arakunrin will be able to manage all the contending forces and synchronize them to his advantage.

Because abandoning a political war tested General who has won many electoral battles for a group of wannabes who could not even win ordinary councillorship elections or any elective positions at all,could be very disastrous.

The Abena phenomenon, yes!
You underrate it at your own peril.