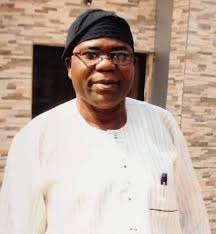 The coronation of the Olumoru elect, Oba Oluwarotimi Obamuwagun Uwade I will hold on the 21st of December 2019 at Umoru in Ose Local Government Area of Ondo State.

This was contained in a release signed by the Chairman, Coronation committee, Chief Funsho Kupolokun, a former Group Managing Director of the NNPC.

Kupolokun said the date is sacrosanct and called for cooperation to ensure the success of the coronation.

Recall that the Ondo State Executive Council recently approved the appointment of Oba Oluwarotimi Obamuwagun as the new Olumoru haven defeated four other contestants to the throne.

Oba  Oluwarotimi Obamuwagun, a Star General of the Fourth Estate of the realm is a former Deputy National President of the Nigeria Union of Journalists.

A versatile journalist,  he worked with the Ondo State Radiovision Corporation for over 30 years in different capacity and was at various times vilified by the military junta for daring to stand for the truth.