I took time off duty based on medical advice- Akeredolu 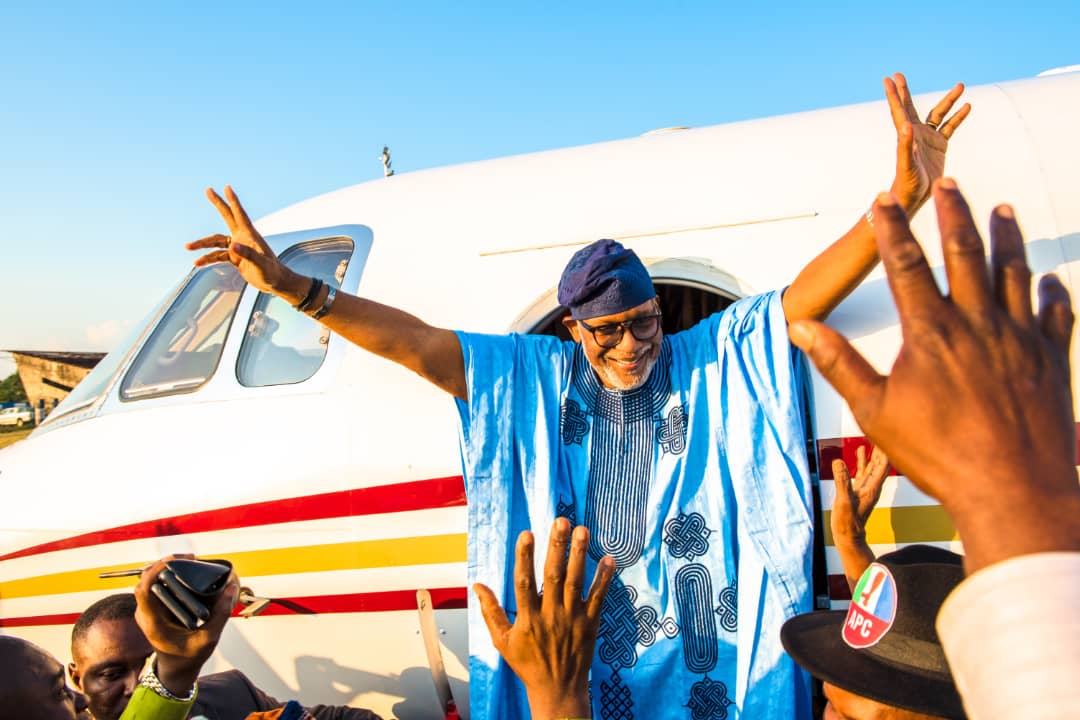 Governor Rotimi Akeredolu has spoken on what kept him out of the state for about two months.

The Governor was received at the Akure Airport by hordes of party supporters, market women, artisans, monarchs and state lawmakers.

Speaking with reporters shortly after his arrival,Governor Akeredolu gave an indication that he indeed sought medical attention but not as overblown by the opposition.

His words”Yes, I needed to seek medical attention. It was nothing so serious as overblown because it is routine. But on my return, I needed to take some time off based on advice. It wasn’t as serious as people blew it.

”But basically, my stay back in Abuja was indeed not a serious period to even rest because I had to attend to a lot of issues that will move the State forward.

”I received in audience a World class Medical Foundation, Medicus International, from Germany as I presided over the signing of the MoU for them to build a World class Medical city in Akure.
”You are aware that I attended the Governors Forum meeting as well as the National Economic Council meeting and several others.

”Of a particular note was the meeting I held with the World Bank that will bring in a capital of about $19 million for the development of the state. ”As you can see, I’m back fresher and stronger to continue the work the good people of the state mandated me to do.”