I was misquoted on bad roads- Fashola tells Nigerians 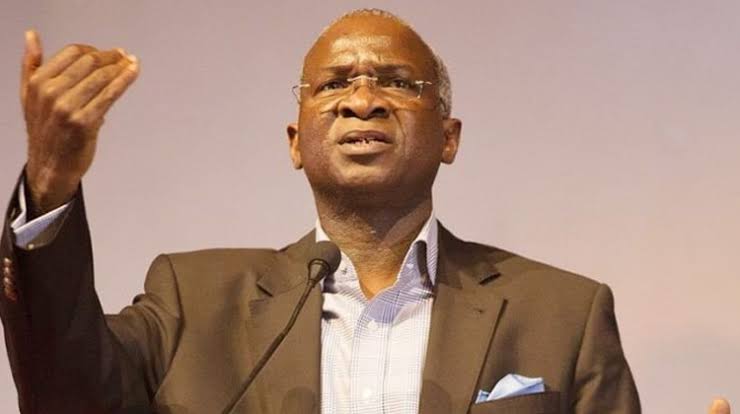 Minister of Works and Housing, Mr Babatunde Fashola  said he was misquoted in a comment that federal roads  were not as deplorable as the public portrayed them.

Recall that the minister had on Wednesday in Abuja said Nigeria’s road surfaces are not as deplorable as the public have made them out to be.

Fashola said that contrary to insinuations on social media, he had travelled round the country on roads to access condition of federal roads, maintained that the federal government would fix its bad roads based on priority list.

The Minister said, “Let me start from the journey by roads to the 36 states, 12hours everyday, so I know what I saw, and I also said what I wanted to say in that press conference, and thankfully, I must thank your TV Channels, at least, showing the maturity and the professionalism responsibility to play the whole tape, so people can see the context of what I said.”

When he was asked by journalists about the PDP that asked him to resign and apologise to Nigerians over the comment, Fashola simply said, “I didn’t use the word ‘exaggerated’, I didn’t say that and please go listen to what I say thank you.”

Fashola also reiterated that the federal government would not refund any state that rehabilitates or reconstructs federal roads.

He added that the bill for road refund from state governments was on the high side, amounting to #500billion.