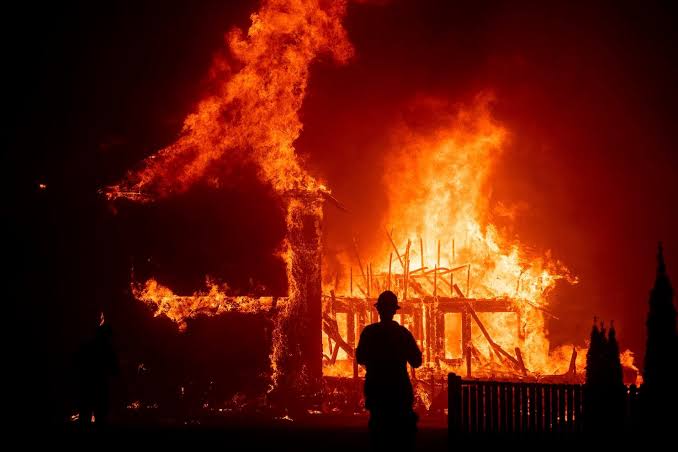 The Kogi State party office of the Social Democratic party SDP  located along Paparanda square in Lokoja has been set ablaze.

The incident occurred Sunday night after the Governorship candidate of the party Natasha Akpoti addressed members of the party in Lokoja.

Natasha and her running mate Adams Khalid returned to the state to flag off their governorship election campaign after they were declared eligible for the election by the federal high court in Abuja.

The SDP governorship candidate and her running mate for November sixteen Kogi State gubernortorial election were initially disqualified by the Independent National Electoral Commission INEC on the grounds that the age of her first running mate was below the approved age and was denied replacement.

But the federal high court finally put the matter to rest on Thursday when it ruled in favour of Natasha and her party.