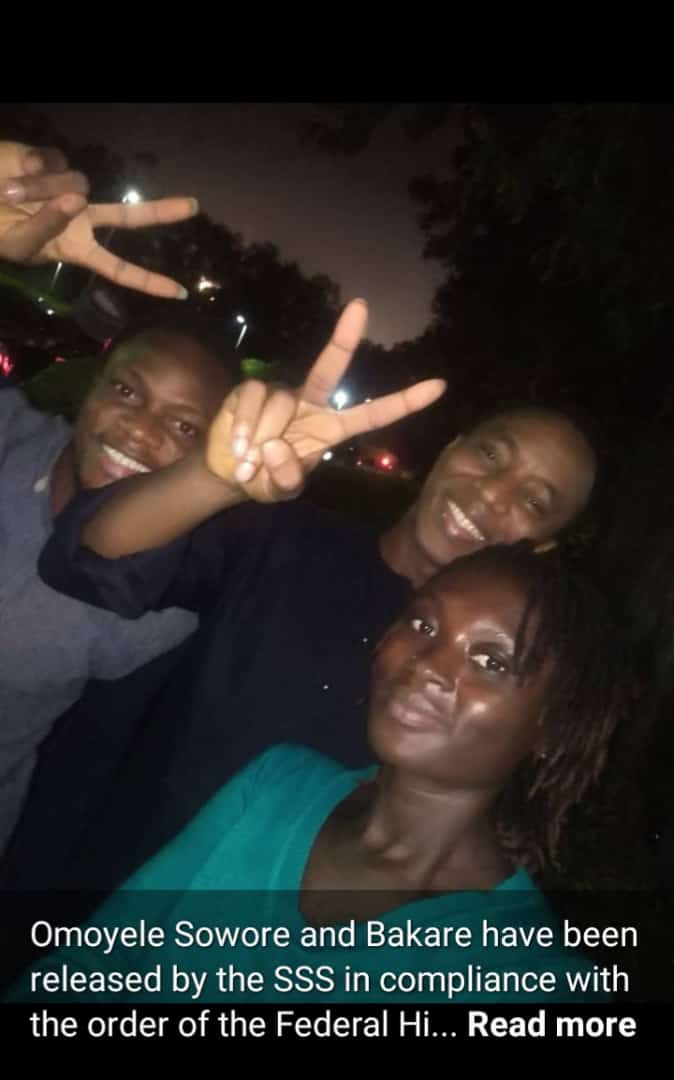 The publisher of Sahara Reporters, Omoyele Sowore is now a freeman.

He regained his freedom after  spending 124 days in the custody of the Department of State Services (DSS).

He and his co-accused were released by the DSS at  about 7:15pm barely 12 hours after the court gave a 24 hours ultimatum for their release