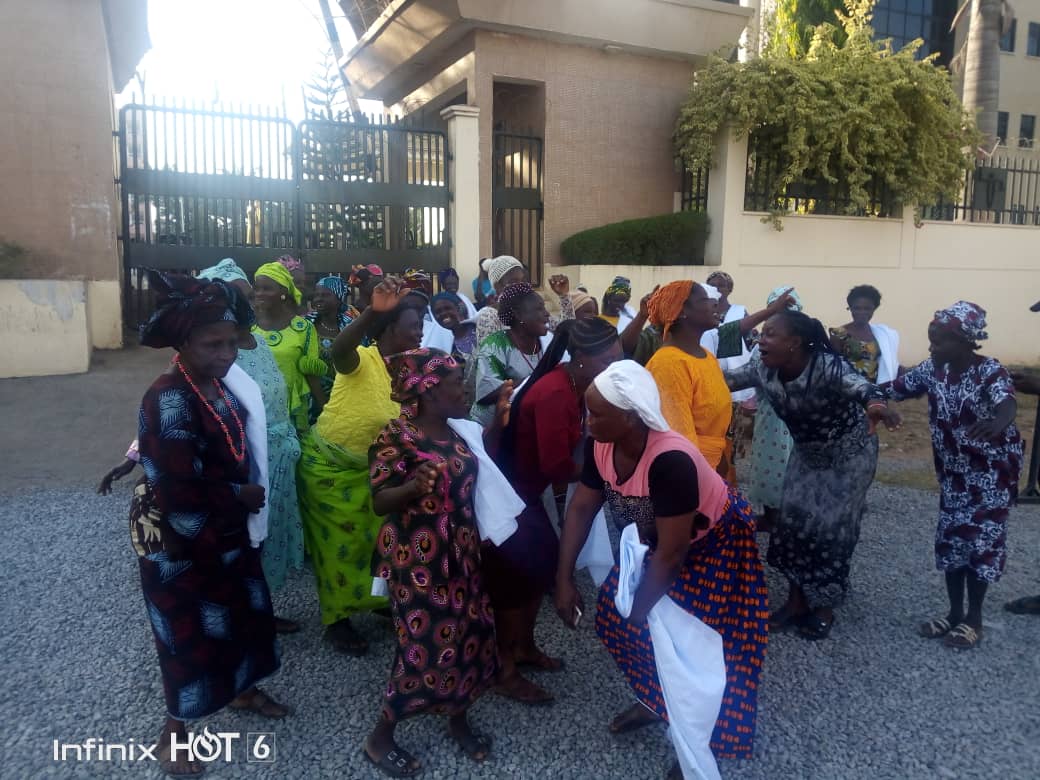 A group of  protesters  has besieged the federal high court Abuja to protest against the release of Omoyele Sowore by the Department of State Service.

Some of the inscriptions reads Sowore Must Pay For His Sins ;  Revolution Is Crime in Democracy  ; Sowore and His Cohorts Are Evil.

Meanwhile another groupof protesters, arrives in the court in solidarity for Mr Sowore.

The anti riot policemen present in the court has  asked the two groups to move away from the court premises.

The Department of State Service  had on Thursday 6th 2019 released Mr Sowore and  Mr Bakare after a bench ruling by Justice Ijeoma Ojukwu.