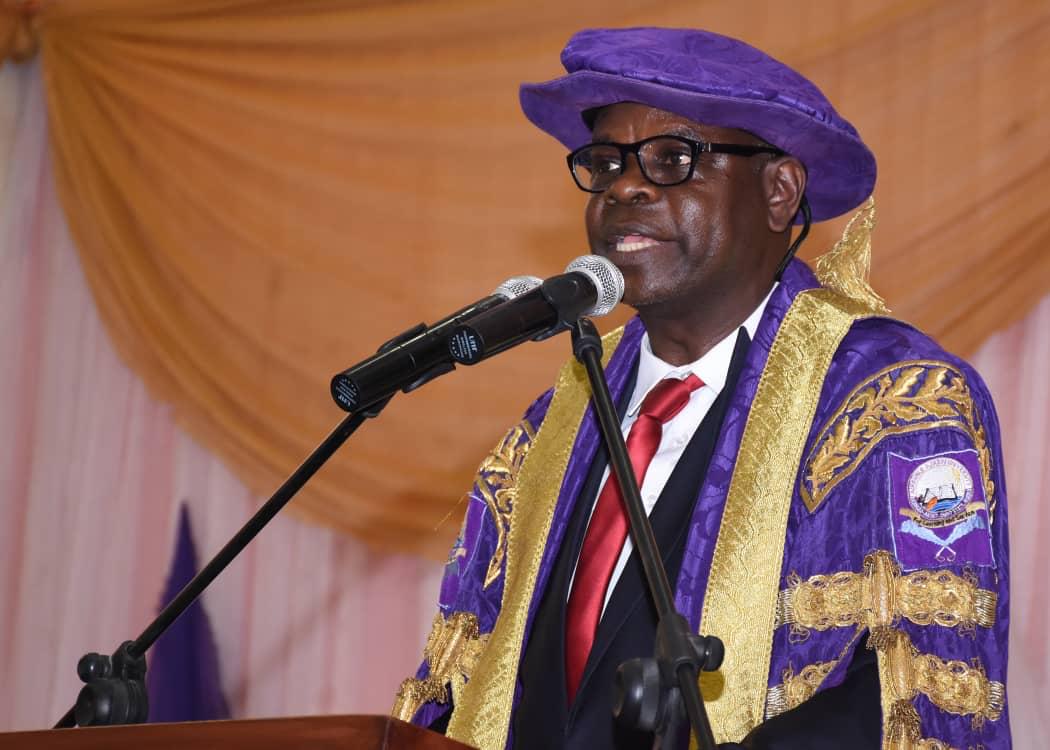 Ondo State Governor and Visitor to Adekunle Ajasin University, Akungba Akoko, AAUA,  Oluwarotimi Akeredolu has commended the Vice Chancellor of the Institution, Prof Igbekele Ajibefun, for a job well-done and for taking the Institution to a greater height.

Akeredolu spoke at the 9th convocation ceremony of the University on Friday.

The Governor said the Professor of Agricultural Economics, whose tenue as the 5th substantive VC of the University will end three weeks’ time, would be leaving the Institution better than he met it five years ago.

Governor Akeredolu said, “I want to commend Prof. Ajibefun for doing the state and the University proud. On behalf of the people and government of Ondo state, I want to congratulate him for a jobs well-done and for taking the University to the pedestal of its highest ranking since its existence in Akungba 20 years ago.

“Today AAUA is rated the Best State University in Nigeria, number 9 out of almost 160 universities in the country, and number 81 in Africa. That must have taken lots of hardworking and efforts as well as the support of other members of Management of the institution.”

Earlier, Prof. Ajibefun had thanked the State Government, the Governing Council, and members of the University Management, for their cooperation and support that made it possible for him to achieve his vision for the university.

He said his greatest achievement was taking the University to the unprecedented height of retaining the Best State University status, as well as taking it to the number 9 spot in Nigeria.

He charged the graduands to be good ambassadors of the University and give back their alma mater.

In the meantime, the sole recipient of AAUA’s Honourary Award at the 9th Convocation, Mr. Segun Olugboyegun, while responding to the Honoris Causa, Doctor of Business Administration, conferred on him by the University, promised to grant scholarships to 30 students of the university, beginning from the next academic session.