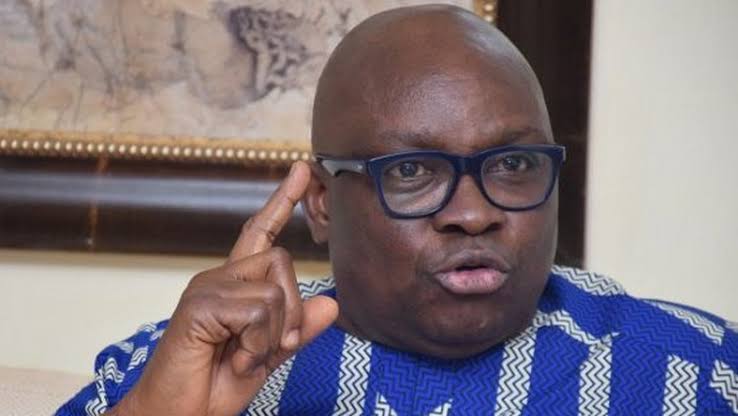 The Peoples Democratic Party in Ekiti State has described the meeting scheduled for Afao Ekiti on Tuesday as illegal, unconstitutional and without the blessing of the State Working Committee.

The meeting was called by Dr Samuel Omotosho where some categories of members of the Party were invited on behalf of former Governor Ayodele Fayose.

Fayose had called for a meeting with strategic members of PDP in his house in Afao Ekiti through his ally Dr Omotosho.
The Party noted  that the convener of the meeting in person of Dr Omotosho doesn’t possess the constitutional right nor privilege to call such a meeting.

It added that the proposed  the meeting is an aberration and a violation of the constitution of the Party.

In a statement in Ado Ekiti, the State Publicity Secretary of PDP Jackson Adebayo, claimed that Omotosho is not the Chairman nor a member of the State Working Committee of the Party.

Jackson said Omotosho  lacked the power to call a meeting that constitutes the Congress of the Party or the State Executive Committee as well.

“Without any prejudice to the right of any member of the Party to call meeting for personal purpose, such a meeting must not in anyway be a constituted as the one called by Dr Omotosho hence the Party view his action an an attempt to undermine the Party constitution and convention.

‘In view of this, the State Working Committee has directed that the meeting be canceled while the Party would look into all issues concerning the matter at the appropriate time and members so invited should wait for further directives from the State”, the statement added