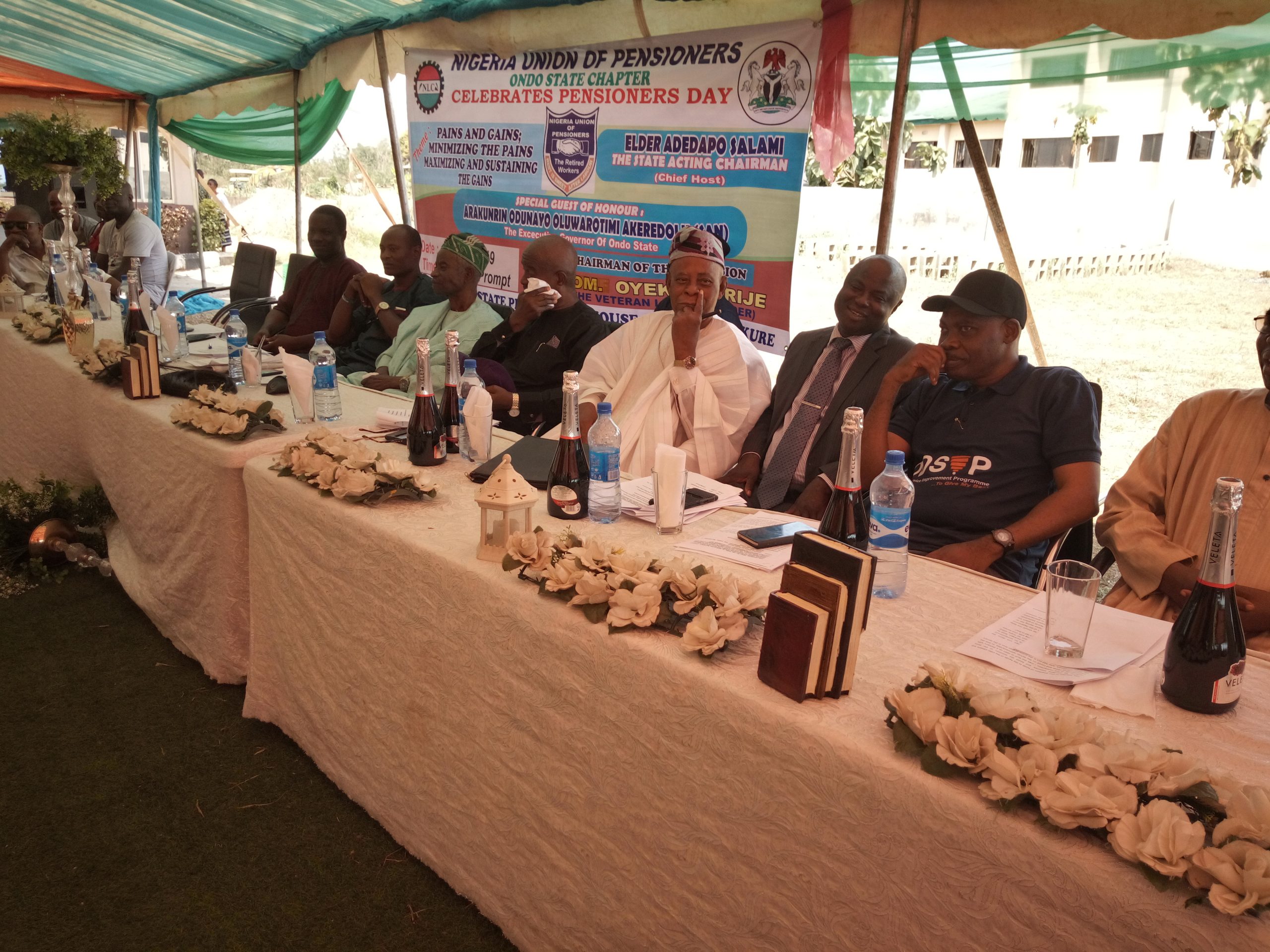 The Ondo state chapter of the Nigeria Union of Pensioners,NUP,is appealing to President Muhammadu Buhari and the Central Bank of Nigeria (CBN) to urgently approve special bailout for 36 states and 774 local governments nationwide to settle accumulated arrears of gratuities and pension.

The state Pensioners who made the call in Akure, the state capital on the occasion of the Pensioners’ Day celebration held on Wednesday, also demanded payment of over fifty billion naira (N50Billion) gratuities and pension arrears owing retirees in the state since 2011.

Speaking on the theme of the Day, “NUP, Pain And Gains; Minimizing The Pains, Maximizing A Sustaining The Gains”, the State Acting Chairman of NUP, Elder Adedapo Salami and a pensioner, Elder Jacob Makanjuola, stressed the need for the state and local governments to device means to reduce suffering of teeming pensioners in the state.

Salami said, “Pension Arrears: the Ondo State Pensioners are grateful to the present State Governor, Oluwarotimi Akeredolu (SAN) for the payment of 6 months pension arrears out of 7 months owed and left unpaid by the immediate past Governor for core pensioners while 4/half months were paid to the Local Government and primary school pensioners out of their own 7 months arrears.

The NUP Acting Chairman opined that, “unpaid gratuities: the unabated problem of non payment of gratuities has been giving the leadership of our Union a nightmare particularly within the Local Government and the Primary School Pensioners.

“The issue of most pensioners that had retired since 2011, up to date and are yet to be paid their gratuities is a matter of great concern to the Union. The Ondo State Government is therefore enjoined to look into this nagging issue so as to put smiles to the faces of Pensioners,” said Salami.

The chairman of the occasion and pioneer Chairman of NLC in the state, Comrade Oyekan Arije said the only way out of settling accumulated gratuities and pension arrears was for the CBN to come up with a special bailout for state governments Nationwide.

In an address, Governor Oluwarotimi Akeredolu represented by the Secretary to the state government, Mr Sunday Abegunde said his administration had committed #5.5billion to pay backlog of unpaid gratuity inherited in 2017.

Akeredolu promised that his government would work out how to implement the 33% pension increase being demanded by the senior citizens.

Akeredolu stated that, “payment of N5.5 billions released up to date for the part payment of backlogs of unpaid gratuity inherited in 2017; Regular and prompt monthly release of N150 million for the payment of gratuity.”

The governor said, “Payment of inherited 6 months arrears of pension out of seven months; we will soon implement 33% pension increase when our finance improves.”