225 Policemen protest in Ekiti against ‘non-payment’ of election allowance 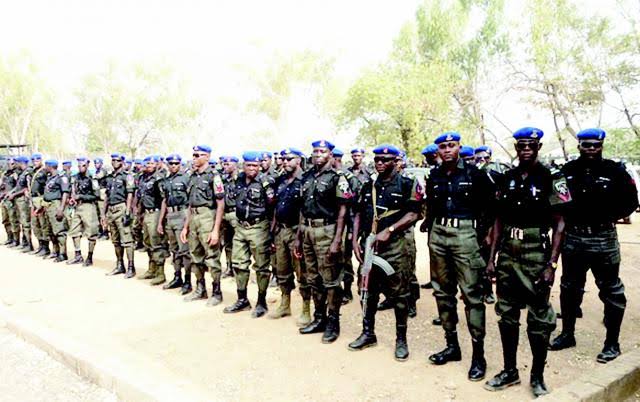 Policemen deployed from Ekiti State to Kogi for the November 16, 2019 governorship election are protesting against alleged refusal of the authorities to pay their allowances.

The 225 policemen said their names were allegedly removed from the list of those that were due for payment.

They said they were removed from the list despite risking their lives day and night to ensure adequate security during the election.

The aggrieved policemen expressed rude shock that the police authorities had refused to pay them a month after the election.

They pointed out their counterparts from other states received theirs, which fuelled suspicion of embezzlement.

The aggrieved police officers called on the Inspector General of Police (IGP), Mohammed Adamu, to investigate the cause of the delay.

Senior officers above the rank of sergeant were reportedly paid N90,000 for the election duty, while the rank and file got N40,000.

A sergeant, who spoke on behalf of the aggrieved policemen, said, “Two batches were deployed for the election in Ekiti.

The Ekiti command was expected to mobilise 500 policemen, but there was a shortfall.

“Our investigation indicated that half of those who were deployed from Ekiti, numbering over 200, were excluded from payroll.”

He said all the entitlements due to the police that were deployed for the Kogi election had been paid.