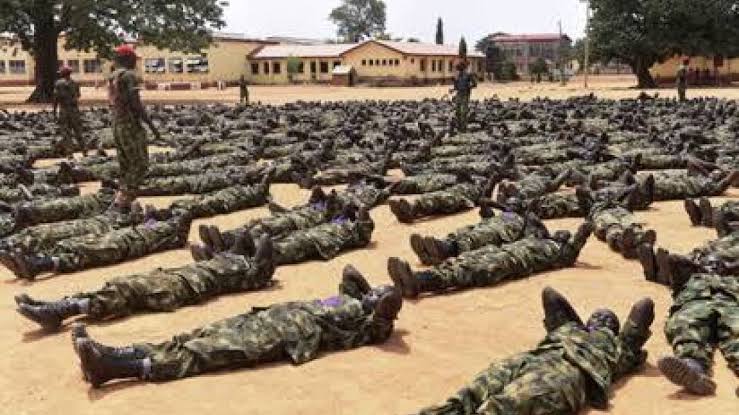 Two young men who were seeking to be enlisted into the Nigeria Army have slumped and later died in Ado Ekiti.

The young men name were said to have slumped during the marathon race which is part of the screening exercise .

The race is one of exercises put in place to select the best hands into the Nigerian Army.

It waa gathered that one of the deceased had slumped less than five minutes to the race while the other had almost completed it before he fell at the main entrance of the Oluyemi Kayode Stadium venue of the exercise.

Reports say the deceased were quickly rushed to the Ekiti State University Teaching Hospital Ado Ekiti where they both gave up the ghost.

Investigation revealed that the deceased and their parents are not entitle to any benefit as they have both signed an oath to take responsibility for any loss of life or injury.