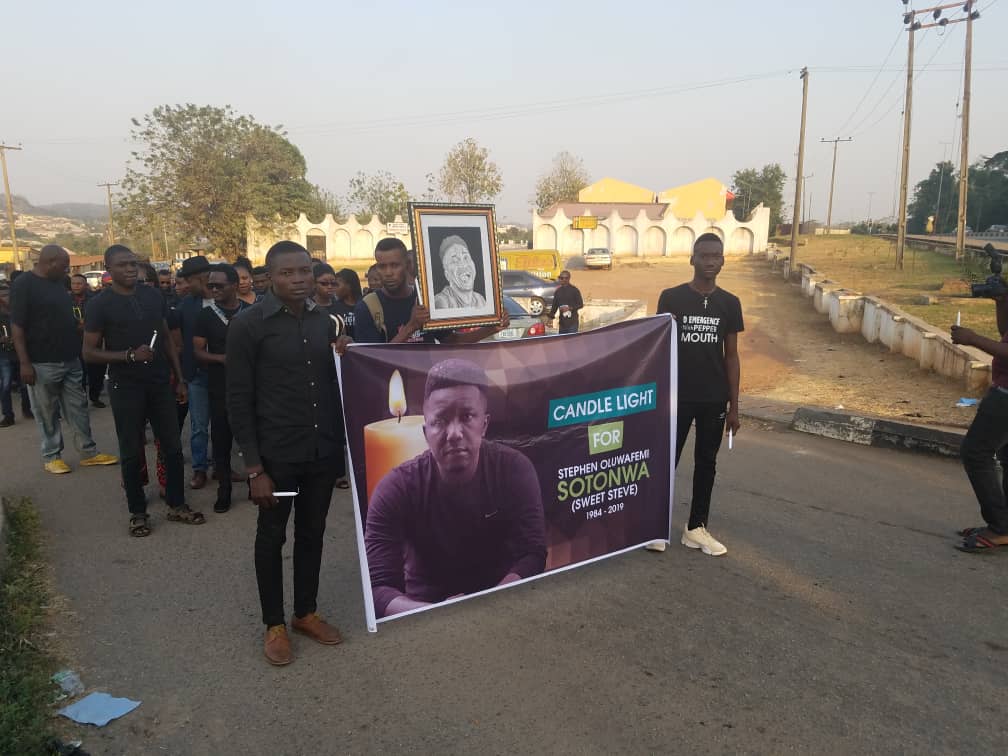 A candle light procession has been held

The procession  was attended by his colleagues in Orange Fm and OSRC, Radio Nigeria Positive FM, Adaba FM, Breeze FM, and other media organisations, friends and peers in the entertainment industry as well as scores of fans who were all dressed in black attire and candles.

The train which started from Adegbemile cultural center moved through alagbaka first bank axis down to the Reuben fasonranti park at the government house gardens.

The train finally converged at the Reuben Fasonranti Park, where they sang solemn songs in honour of the multiple award winning broadcaster.

The Senior Special Assistant to ondo state Governor on Innovation and Partnerships, Joel Ogunsola was among the top government functionaries and civil servants who took part in the procession.

Those who took part in the solemn procession described him as an astute broadcaster, stand up comedian, entertainer and compere par excellence.

His remains will be interred tomorrow, Friday 27th December 2019 at his residence at Imafon in Akure after an interment service and a lying in state at Orange FM, Irese road Shagari village.