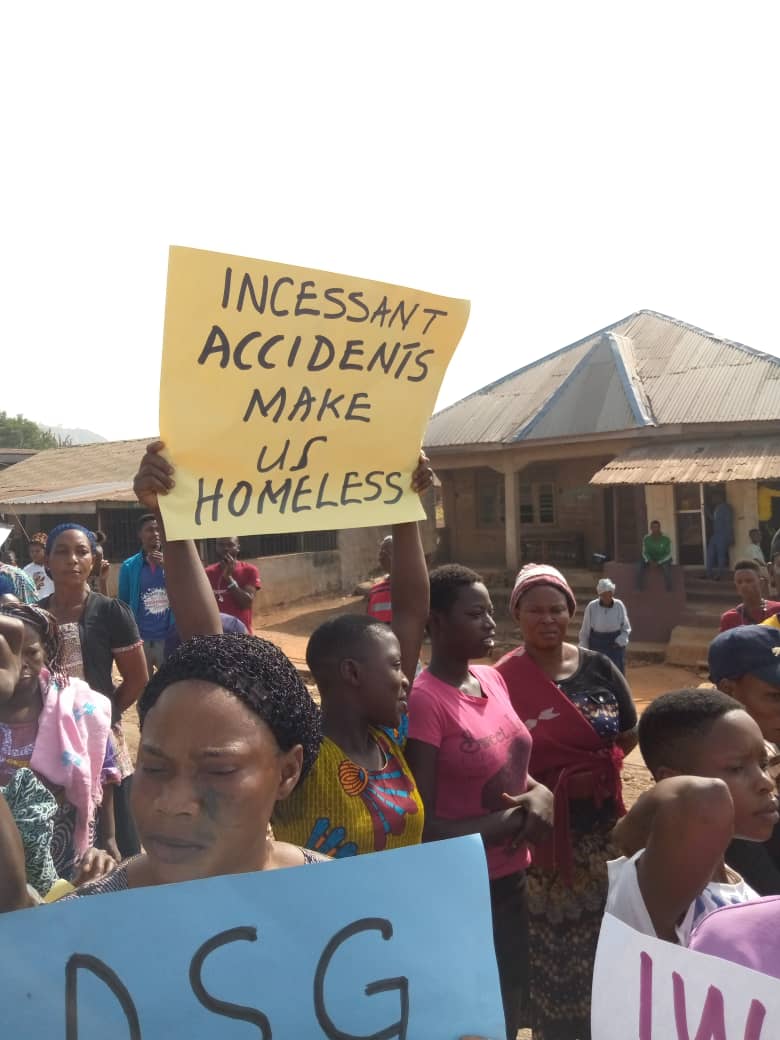 Residents of Iwaro/Oka Akoko in Akoko Southwest Local Area of Ondo State on Saturday trooped out in their numbers to protest peacefully, what they called incessant killings by heavy duty vehicles.

The protesters, who carried placards with various inscriptions blocked the l in their thousands barricaded the Iwaro Oka road, preventing vehicular movement.

They said they had lost thousands of lives and properties worth millions of naira to the incessant accidents.

The Chairman of Iwaro Oka Community Union, Otunba Dele Ologbese, said the union decided to organise the protest due to menace caused by heavy duty trucks.

Ologbese said the town had been suffering economically due to farmers neglecting their farmlands because of resulting inferno from incessant tanker accidents.

He urged the state governments to put permanent barricades against heavy duty vehicles and provide alternate routes for them.

The Reagent of the Asin of Iwaro Oka, Pincess Adekemi Omorinbola said the accident was too much and that the complains of the people of the town had been falling on deaf ears of the government.

Omorinbola urged government to ensure it moved swiftly to profer a lasting solution by gearing towards it’s responsibilities of protecting lives and properties.

“We are here because the accident is too much in this area, we can’t sleep with one eyes closed, talkless of the two eyes, it is affecting our people economically and pyscologically. We don’t have light, trailers have destroyed this town for us,” she said.

Femi Akerele,One of the Youth Leaders in the community had tried its best to beg government put permanent barricade or construct alternative routes on the road to prevent further occurence to no avail.

The Chairman of the Community,Mr Jerome Orole said the state government should act quickly on the problem before the youths of the town took laws into their hands.

Orole said the youths had planned to protest in a manner that government would not like before the elders in the town quickly took charge.

However, the Chairman of the Akoko Southwest Local Government, Hon. Dapo Fasesin, when contacted, said the governor had promised to solve the problem facing the community with heavy duty trucks.