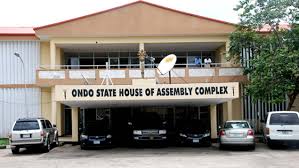 The lawmakers  took the decision at a plenary of the house today after a robust debate.

The lawmaker said the tenure of the former caretaker chairmen was not extended because the list of supervisory councillors was not attached to the request for tenure elongation  in line with the earlier resolution of the house which was communicated to the commissioner for local government and chieftaincy affairs.

To this end, the chairmen have been directed to hand over government properties in their custody  to the director of local government administration in their respective council areas.