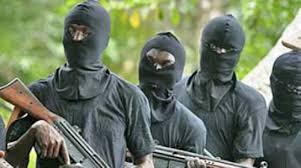 The minority leader of the Ondo state House of Assembly, Rasheed Elegbeleye, has raised the alarm on sudden return of kidnapping and robbery in Akoko area of the state.

The development, he noted has affected the socio-economic growth of Akokoland.

He described the deplorable condition of all roads in the area as a contributing factor that aided the activities of kidnappers in the axis.

He particularly listed all federal roads in Akoko that had been abandoned despite having an indigene of Akoko as third term Senator.

Elegbeleye urged police to devise motorising patrols on the roads rather than staying on a spot.

The lawmaker also expressed concern on the incessant motor accidents on Ikare township which always claim lives and destroyed property due to recklessness of the drivers.

He sympathised with those who lost their lives in a New year road carnage in the town.

Recall that wife of Odigbo Monarch, his two children and driver were seized by gunmen in the axis recently.