We will Work For The Success of Amotekun, Oodua Youth Group Assures Southwest Governors. 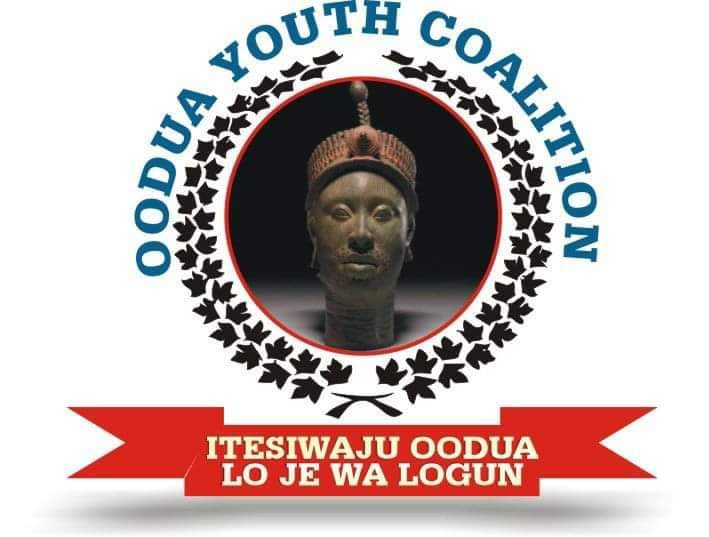 The Oodua Youth Coalition (OYC) has thrown its weight behind operation Amotekun, stressing that it will go along way in tackling killings, armed robberies, kidnappings, arsons and all other vices rampaging the southwest.

OYC is a group saddled with the responsibility of protecting, preserving, projecting and promoting the Yoruba culture, norms, values and all the Omoluabi traits.

The group in a statement signed by its President, Oluyi Akintade and publicity secretary, Ajongnolo Olugbenga commended governors in the southwest States for putting up such a brilliant idea .

The statement reads, “For years now, we have lived in fear, slept with one eye closed and often rethinking travelling on our highways. Our brothers were killed, our sisters were raped and robbed, fathers kidnapped and maimed with little or no positive results from our conventional security apparatus.

” OYC believes this is a huge step taken by the Yoruba governors to stem the tide of rising insecurity and its resultant effects in the social, economic, religious and political lives of the land. We will do everything at our disposal to give adequate support to the governors and the security apparatus in curbing the ridiculous menace disturbing the good people of our kingdom”

The group vowed to do everything possible to ensure that  the objectives of Operation Amotekun were sustained.

The statement added, “We are conscious of the fact that many political players may be lurking around to turn this great initiative to their favour. If any, we shall reject that and make sure the motives, aims and objectives behind the creation of Operation Amotekun be sustained and seen to fruition as the impacts are very important to us and Yoruba land as a whole.

” This land belongs to all of us and in our quest to seek peace, we must first ensure that the security of lives and properties of everyone in the kingdom are protected”