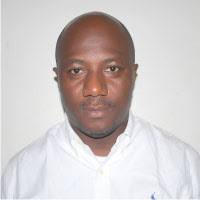 The Chief Medical Director,  University of Medical Sciences Teaching Hospital Ondo, Dr Oluwole Ige has said that the strike embarked upon by residents doctors in the Hospital is a calculated attempt to embarrass the state government and the management.

Ige, however, said the claim of the doctors was untrue, saying the management was not owing any doctor six months salary arrears.

The CMD noted that the delay in the payment of salaries being owed some doctors was caused by teething problems always experienced by a new establishment.

He appealed to the striking doctors to return to duty, stressing that arrangement had already been made for the payment of their salary arrears.

“We do not have over bloated workforce like it’s being said in some quarters that it affected us from payment of salaries for our doctors.

“There is no month we don’t pay salaries, we are not in crisis,we are not happy for being in the news for the wrong reasons.
“Imagine those we employed in November joining the protest? The highest month we are owing is two or three months to some newly employed doctors, not all our doctors.

“Payment of salaries to newly employed take administrative processes, we had several meetings and we promised  to pay all arrears before the end of next week.

” The strike is uncalled for. It is designed to ridicule and embarrass the management and the state government.

“We have not finished the process of collating what is left from individual salaries, some will even resume and leave before the payday, we always ensure they resume, start working properly before we started paying,” he said