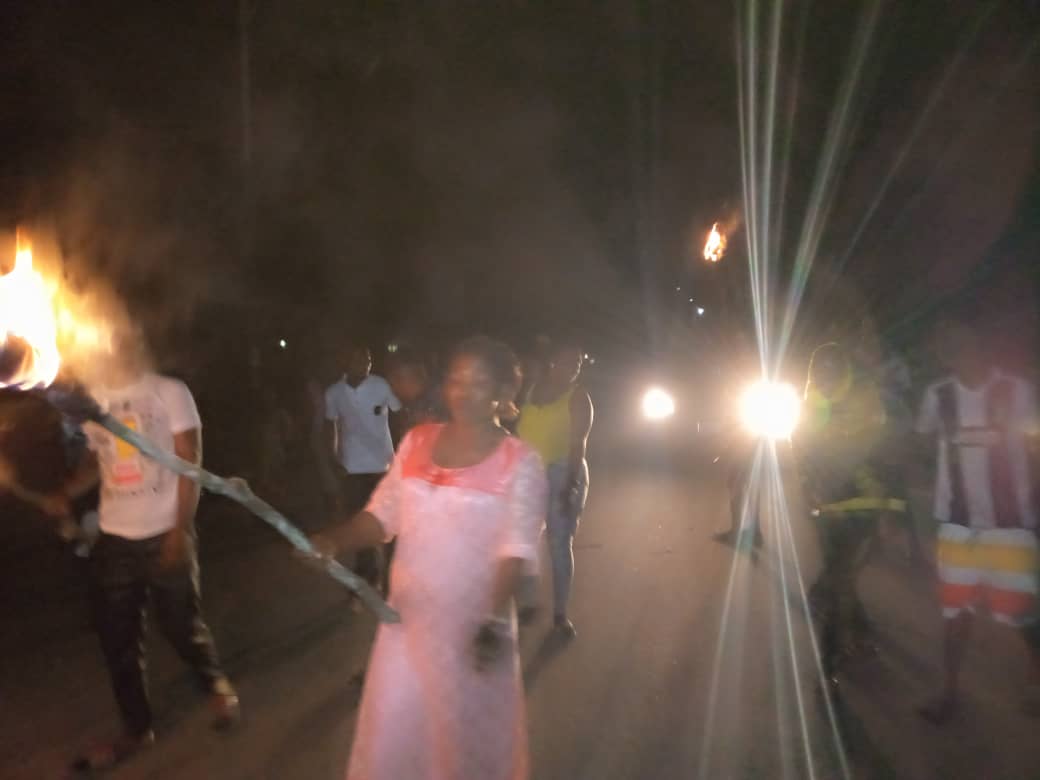 Youths and women in Igbobini town in Ese- Odo local government area of Ondo have protested over alleged plot to impose chairmanship aspirant on other aspirants jostling for the seat.

They accused the party leadership of planning to impose the current chairman of Ese- Odo local , Ojo Omolewa on the people.

The protesters took to the streets lamenting the plan  to deprive Igbobini which has  Apoi wards  4 and 5 from ever becoming council chairman .

They frowned at the way chairmanship position is being rotated  among  Apoi wards 1, 2 and 3 for over 21 years.
They wondered why the standing agreement of leaders  for chairmanship to be  zoned to  ward 4 after expiration of tenure of the  current caretaker chairman is being jettisoned.
The aggrieved protesters accused the state Deputy Governor, Agboola Ajayi of planning to impose the current caretaker chairman on them

The youths vowed that  the protest may lead to unrest due to age long injustice against Igbobini town
They called on party leadership to allow the old arrangement of power shift to stand which will ensure Igbobini takes a shot at leadership of Ese odo in 21 years.