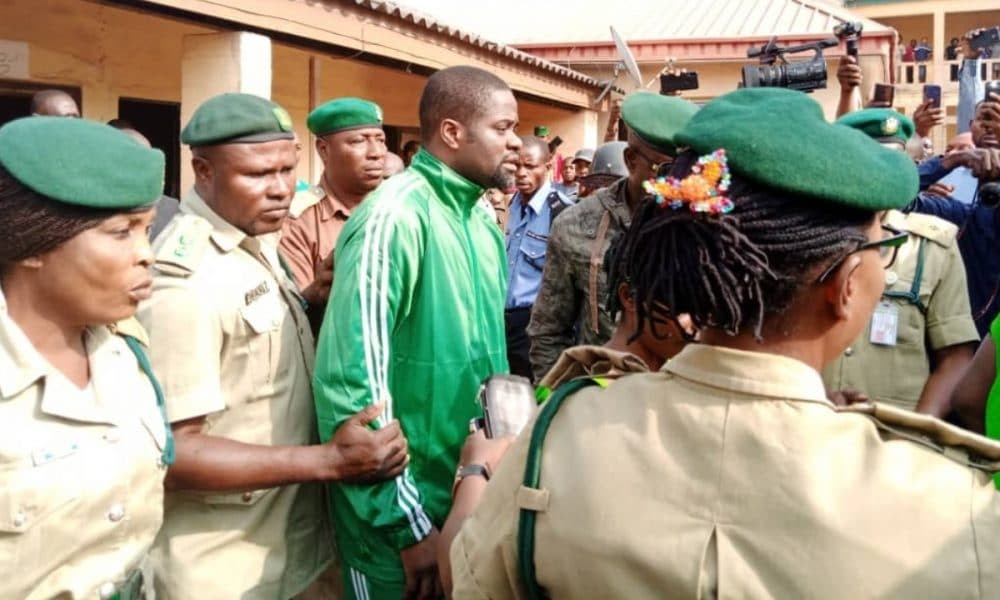 The founder of Sotitobire Miracle Church, Alfa Babatunde has again been remanded in the facility of the Nigerian Correctional Services.

The trial judge, Justice Olusegun Odusola gave the order at the first appearance and arraignment of Alfa Babatunde and six members of the church before the state high court.

This is the first appearance of founder of Sotitobire Miracle Church, Alfa Babatunde before an Ondo State high court sitting in Akure

His case was transfered from the magistrate’s court by chief magistrate Charity Adeyanju.

Alfa Babatunde and six members of his church are facing a six count charge over the disappearance of one year old gold kolawole in the church in November last Year.

When the case was mentioned in court, the suspects including Alfa Babatunde pleaded not guilt.

The bail applications earlier filed by the counsel to the defendants could not stand as the Director of Public Prosecution complained about the duplicity.

Subsequently, the trial judge, Olusegun Odesola adjouned till the 16, 17, and 19 of March for further hearing.