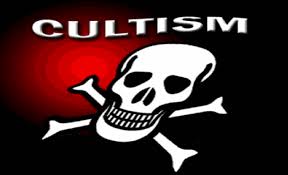 Cultism reared its ugly head at the Adekunle Ajasin University Akungba Akoko as the life of a student , Olakunle Olayinka was cut short over the weekend.

Olayinka was reportedly shot dead by some suspected cultists in the town.

The death of  the 300-Level student of the Department of Biochemistry of the university left many in total shock.

TheNewsTrack gathered gathered that  the deceased was hit by the stray bullet during a gun duel between two rival cult groups.

He reportedly died at the institution’s health centre.

The university management has  confirmed the incident.

This was contained in a statement issued by the acting Registrar of the institution, Mr Opeoluwa Akinfemiwa, on Sunday.

The statement reads, “The news of the death of Mr Olakunle Matthew Olayinka, a 300-Level student of the Department of Biochemistry, following wounds from gunshot by unidentified gunmen, was received on Friday, 6th March, 2020, after the medical personnel at the university health centre put up spirited efforts to stabilise him. The security agents are still on the trail of the assailants for apprehension”.