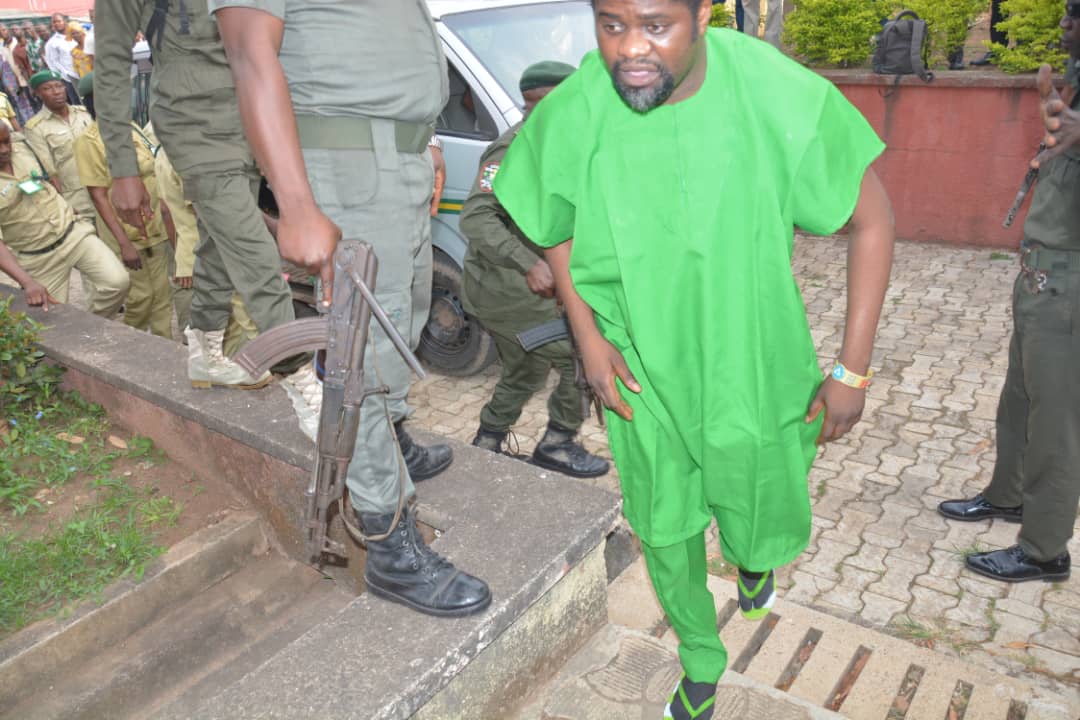 The trial of the founder of the sotitobire miracle center, prophet Alfa Babatunde finally got underway today at an Ondo state High Court sitting in Akure.

Prophet Babatunde and six other church members are standing trial before Justice Olusegun Odusola on a three count charge over the disappearance of one year old gold kolawole in the church last November.

The defendants were however returned to olokuta facility of the Nigerian Correctional Services  till Thursday, the next adjourned date.

The two witnesses listed for the day by the prosecution, Esther Kolawole, an aunt and Kemi Kolawole, grandmother of the missing boy  spent over four hours under examination and cross examination by counsel to both parties on the disappearance of gold Kolawole.

The issue was later resolved after the defendant counsels withdrew the bail application filed at the lower court as well as promised to withdraw another one filed at the appelate court.

At the end proceedings, the attorney general and Commissioner for Justice, Adekola Olawoye and lead counsel for the defendants, olusola oke expressed readiness for quick dispensation of the case