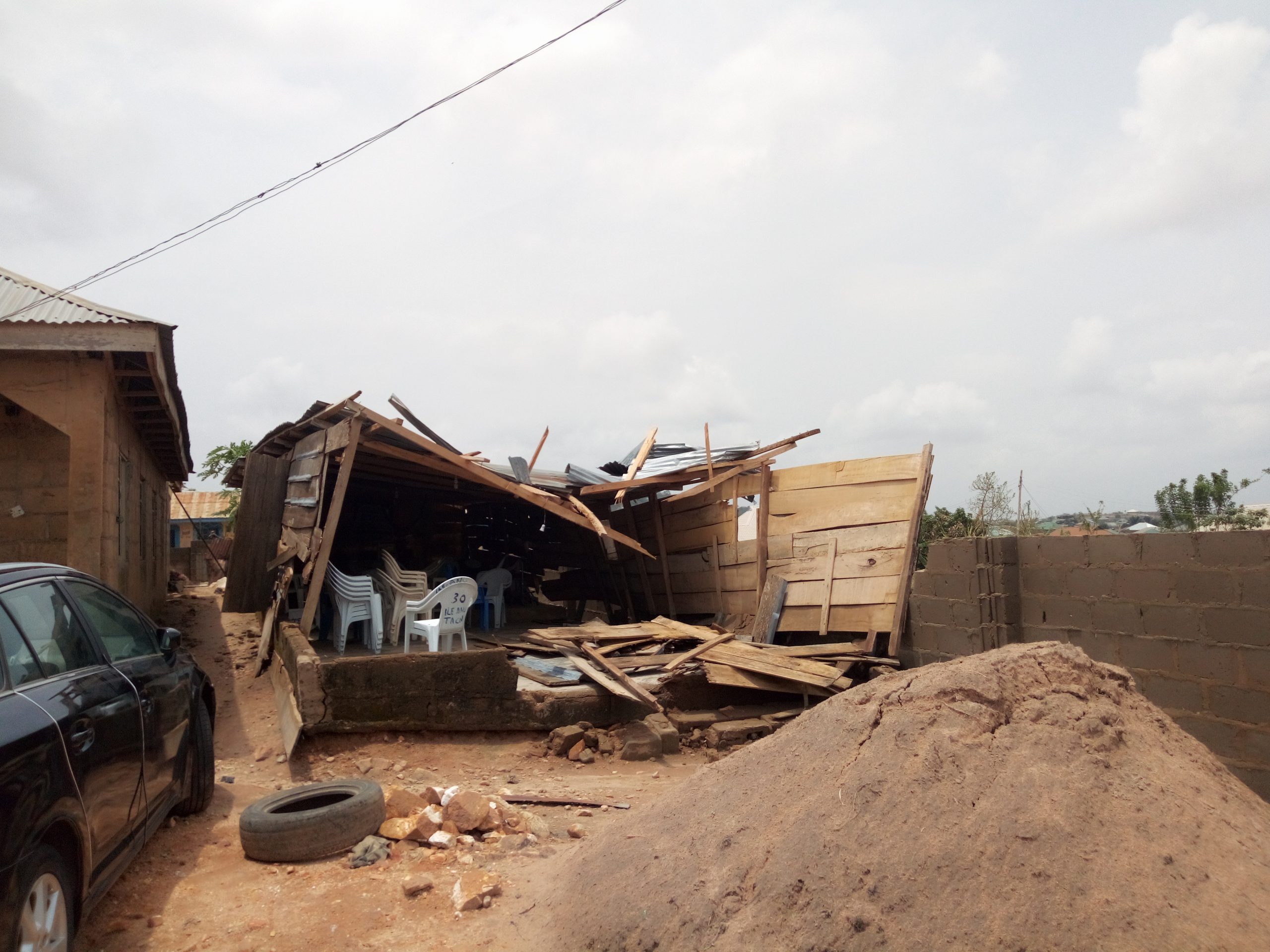 A fourteen-year-old boy identified as Faith Utobo has died in Igoba area of Akure North local government area of Ondo state following a rainstorm which destroyed houses in the area.

The boy, whose identity cannot be ascertained now, was trapped in a church building in the area.

The incident has since thrown the people of the area into mourning.

The rainstorm was said to have wreck havoc at Olu foam, Omoniyi Estate and Igoba areas of Akure, the Ondo State capital.

Six persons, who were critically injured in the collapsed building, were said to have been hospitalised.

Father of the deceased, Mr Daniel Utobo, said they went to church for evening service when the rain started.

Utobo, a retired civil servant, said his son died as a result of the injury sustained after the church collapsed during the rainstorm.

Over 200 houses and electric poles were affected in the rainstorm that lasted for about 25 minutes.