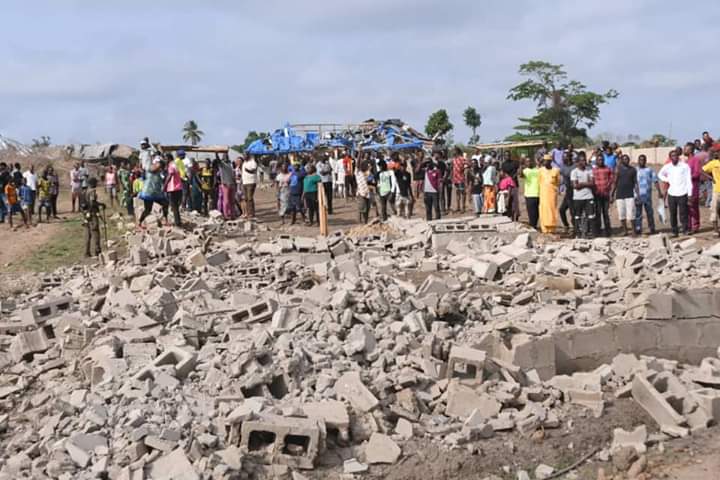 The All Progressives Congress (APC) in Ondo State has sympathised  with the victims of  Saturday ‘s deadly explosion which affected over hundred houses in Eleyeowo and Ilu- Abo communities.

An explosion occasioned by explosives being moved by a quarry company left sour taste in the mouth of many residents in the early hours of Saturday.

According to a statement issued by the party’s publicity Secretary, the party, commended the quick response of the government and the security agencies to allay the fears of the people.

The party called on companies and individuals to be more circumspect in taking precautions, when moving items that are capable of unleashing devastating consequences on people, when handled carelessly.

The statement added “Our party deeply saddened by the grim effect of the blast around Eleyowo and Ilu-Abo community, in Akure North Local Government area.

“While wishing those injured speedy recovery, we emphasize the need for Federal authorities to expedite action on the rebuild of the Akure/Owo, as well as lend support to those whose property were destroyed”.