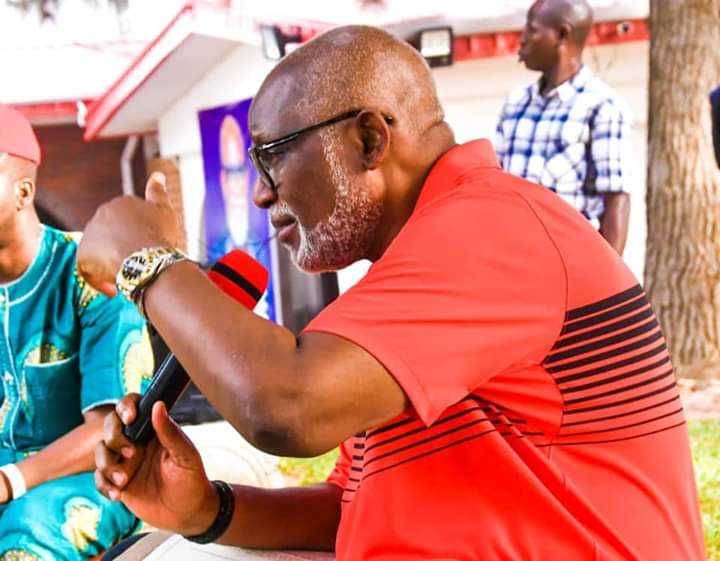 Ondo State Governor, Arakunrin Oluwarotimi Akeredolu,SAN, has directed the committee on Sanitation and Traffic Rules to immediately commence the desilting and fumigation of major markets and motor parks in the state.

This followed the signing of the Public Health Regulations Order.

The Governor said the formidable committee, which was put in place for the clearing of market roads and also enforced a clean environment has been saddled with another responsibility of fumigating and disinfecting the market and motor parks environment for the good of the people.

Governor Akeredolu, who spoke at the Government House ground in Akure on Tuesday, March 31, 2020, said the state has already procured chlorine and other material, as well as many motorised spraying machines for the fumigation exercise.

He added that Weewood Limited, one of the companies at the Ondo-Linyi industrial hub has also donated 50 drums of ethanol, while a minimum of five Hilux pick-up vehicles have been pulled from the state transport pool to carry tanks for the fumigation exercise.

Governor Akeredolu disclosed that over one hundred youths will be recruited for the exercise across the state, adding that since the government has announced the closure of all markets in the state, the markets and motor parks will now be fumigated and desilted for a clearner environment.

He said: ”As you know, I’m sure most of you must have read it that we have signed the Public Health Regulation 2020 by the power conferred on the Governor under the respective law.

“Before now, we had in place a formidable committee on clearing the highway, that led to freeing the markets of traffic congestion. But we have now expanded the committee and given them further responsibilities.

”The responsibility is that they will now carry out the fumigation and disinfection of markets and motor parks  environment to make sure the environment is clean for our people when they return to the markets.”.

The chairman of the Sanitation and traffic Rule committee, Mrs Yetunde Adeyanju, said work will commence tomorrow (Wednesday) from Oja Oba in Akure to the Erekesan market and other major parks and markets across the state.

She listed other places to be visited to include Ikare, Ondo, Ore, Igbokoda and Igbara-Oke among others.
Olabode Richard OlatundeSpecial Assistant to the Governor (New Media)31st March, 2020.