Group to Olanusi:Resign now of face sanction over alleged bribe in Unity Group. 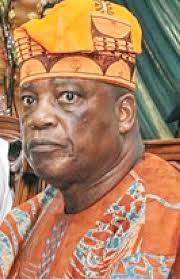 A youth forum in Ondo State, Progressive Integrity  Group(PIG) has  urged the former Deputy Governor,Alhaji Ali Olanusi to immediately resign his position as the Chairman of Unity Group (UG)within the next 48 hours or face sanction.

This development,it said may lead to his indefinite suspension from the group over the corrupt allegation that he collected N50m from one of the  APC Governorship Aspirants, Chief Olusola Oke, to emerge  as the sole candidate of the group for the October 10, 2020 governorship election in the State.

Unity Group is a forum of estranged/aggrieved leaders of the ruling APC in the sunshine state,who are working against the second term bid of the Governor Oluwarotimi Akeredolu.

The  group’s Chairman, Matthew Olowookere at a news briefing in Akure said ” we are seriously baffled and disappointed about the grievous corrupt allegation levelled against the former Deputy Governor of Ondo State and the Chairman of Unity Group in Ondo State   in Ondo State All Progressives Congress.

“The APC stalwart is alleged of collecting N50m from Chief Olusola Oke in order to emerg as the sole candidate of the group for the October 10, 2020, governorship election in Ondo State”

The group particularly urged the Stakeholders and other governorship aspirants in the Unity Group to prevail on Olanusi to step aside from his position as the group chairman and appoint a person with proven integrity to pilot the affairs of the group.

Olowokere, also implored the stakeholders to set up a fact-finding committee to investigate the corrupt allegation levelled against the APC BoT member, Chief Olusola Oke and those who involved in the shameful act.

He said “We are stressing it unequivocally that a new fact finding committee should be set up to investigate Olanusi, Oke and some of those involved in the shameful act among the Selection and Screening Committee over the N50m allegation because the integrity of Unity Group is at stake unless the investigation is carried out by an ethical, moral, and decent fact finding committee.

“It is pertinent to set up the committee so that those who didn’t involve in the shameful act can be exonerated while those culpable should be seriously sanctioned”.

The group however threatened that there will be dire consequence if Olanusi failed to resign as the Chairman of Unity Group within the next 48 hours because his resignation as the Unity Forum Chairman will determine if truly APC plans to win the next governorship election in Ondo State.

” The former Deputy Governor should not forget the Latin Phrase ” nemo iudex in Causa sua” which simply means that ” no one is judge in his own case”. He has no option than to resign with immediate effect.

“He should also learn  from from the statement of former South Africa President, Jacob Zuma in his resignation letter to the African National Congress and   South African Parliament in which he said that ” no life should be lost in my name.
“The ANC (his political party) should never been divided in my name. I have therefore come to the decision to resign as President of the Republic of South Africa with immediate effect”

Olowookere maintained that Olanusi and Oke have ulterior motive of hijacking APC for PDP,stressing tha they were both from PDP and the blood of the party still runs in their veins.