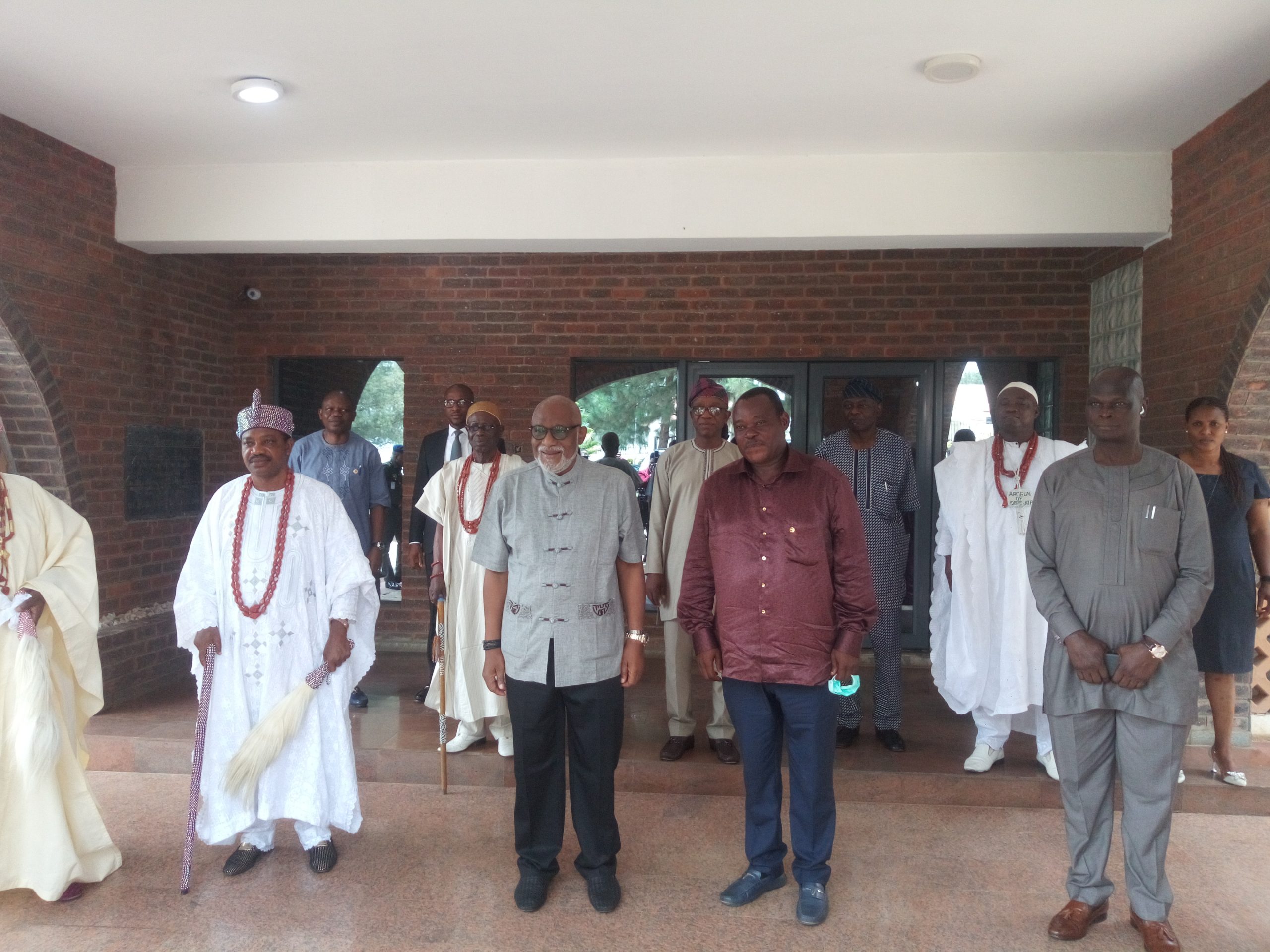 Business Mogul, Dr.Jimoh Ibrahim has donated 40million naira to Ondo state government to fight the spread of COVID-19 in the state.

Jimoh Ibrahim made the donation on Thursday when he paid a courtesy visit to the Ondo state Governor,Arakunrin Rotimi Akeredolu at the Government house in Akure.

The Igbotako born politician said
The lockdown period is just for Government to work out comprehensive plans for the citizenry.

He commended the Ondo state Government for various steps taken so far to curb the spread of the Pandemic in the state.

According to him, the current approach of the Government in tackling the spread of the disease should be replicated in all the eighteen Local Government areas of the state.

While responding,Ondo state Governor, Arakunrin Rotimi Akeredolu said the Government will explore the idea of having testing centers in all Local Governments.

The Governor further called on the people of the state to ensure that all the protocols established are followed strictly.

Akeredolu also commended Dr Jimoh Ibrahim for his love for Ondo state with the establishment of the first private in the southern senatorial district of the state.