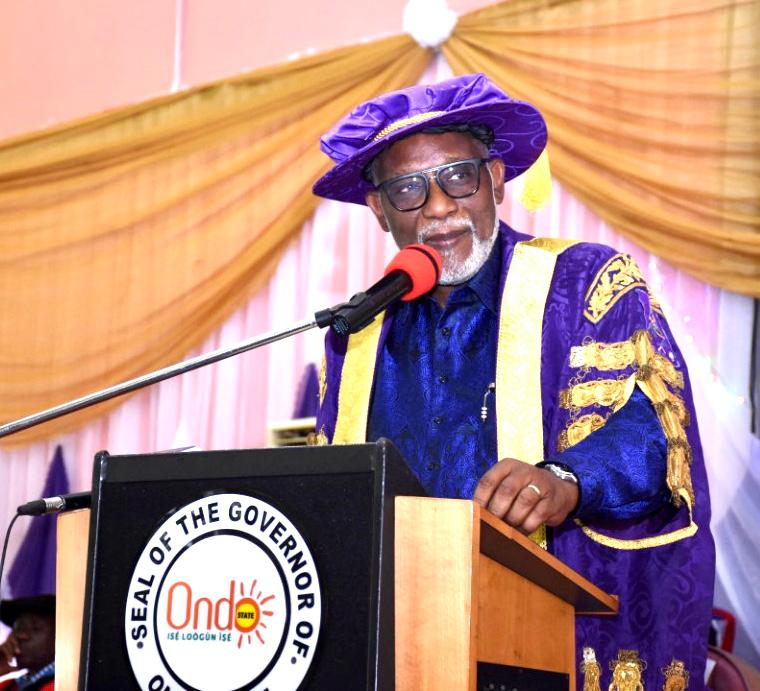 The Acting Vice Chancellor of Adekunle Ajasin University, Akungba Akoko, Prof. Olugbenga Ige, has commended Governor of Ondo State,  Oluwarotimi Akeredolu, SAN, for signing into law, a bill that provides for retirement age for all categories of staff of tertiary institutions in the state.

In a statement, Prof. Ige said, On behalf of our University, I want to thank Governor Oluwarotimi Akeredolu, SAN, for signing the bill for retirement age into law and for his continued efforts at deepening the development of education in Ondo State”.

He also appreciated all staff and unions of AAUA for exhibiting exemplary maturity and patience throughout the period the struggle lasted.

He expressed the hope that the development would ignite more zeal among staffers that would further lift up AAUA.

Under the new law, which is in line with the Universities (Miscellaneous Provisions) Amendment Act, 2012, which takes effect from Wednesday, January 1, 2020, staff in the Professorial Cadre who hitherto retire at the age 65 years, will retire at 70 years of age; while other academic staff and non-academic staff who until the new date retire at the age of 60 years will now retire at 65 years.