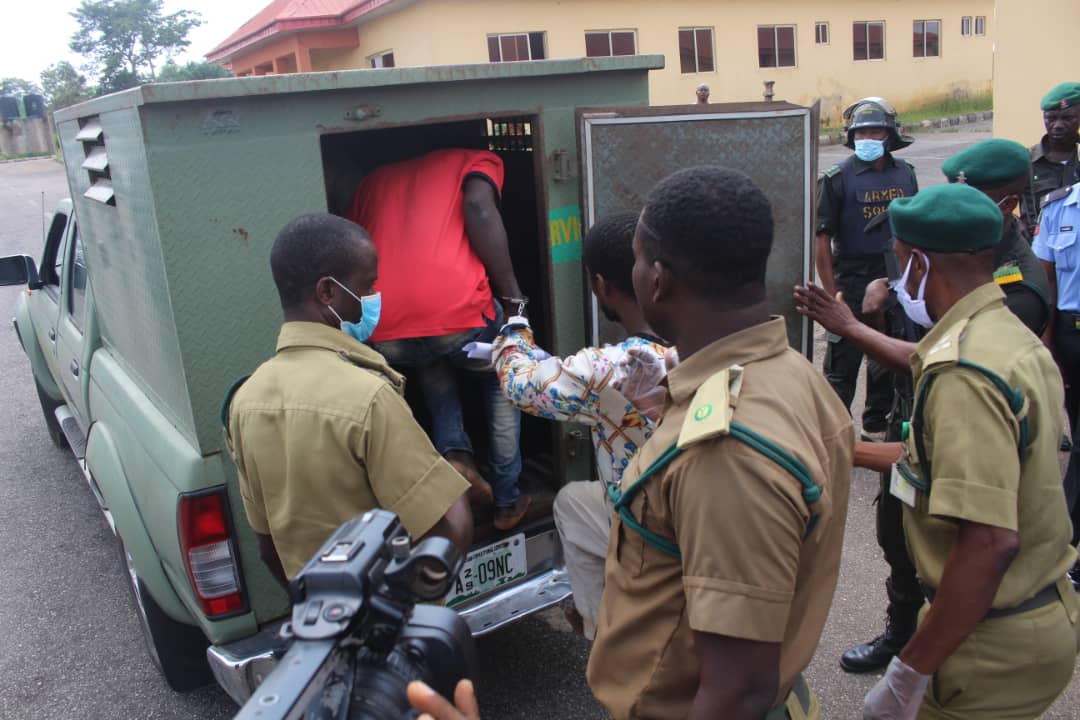 Four suspected killers of Olufunke Olakunri, daughter of the Leader of Afenifere, Pa Reuben Fasoranti have been remanded at Owo correctional centre by an Akure Magistrate court.

The suspects are standing trial for killing Mrs.Olakunri in July, 2019

They were arraigned on a four count of felony, conspiracy to murder and kidnapping.

They were remanded at Owo due to the crowded nature of Olokuta medium correctional centre in Akure.

Before they were moved out of the court, officials Nigeria Centre for Disease Control were on hand to test the suspects for COVID- 19.

He said it is the high court of justice that has power to attend to the case pending the Director of Public Prosecution advice.

However the, suspects were not represented in court by any lawyer.

The trial judge, Victoria Bob- Manuel, ordered that the suspects should be remanded at the correctional centre