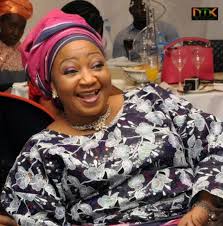 The four suspects are members of an eight man gang.

Mrs Olakunri, a daughter of Afenifere leader Reuben Fasoranti, was killed in July 2019 by armed men, who were not immediately identified.

The murder sparked nationwide outrage, especially amongst leaders in the south west.

It also worsened distrust between Yoruba leaders and the Buhari administration, which has been accused of not doing enough to curb the activities of marauding herders and other criminal gangs.

The Attorney General and Commissioner for Justice in Ondo state, Adekola Olawoye SAN, said the police authorities have handed over the four suspects to the State for prosecution.

He added that manhunt continues for the remaining four accomplices who are still large.

The suspected killer were arrested this month by operatives of the Federal Special Anti Robbery Squad.