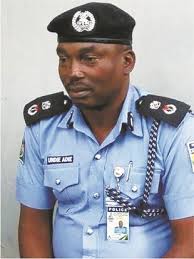 The command is worried about this trend and has vowed to investigate the matter.

The state commissioner of Police, Undie Adie is worried about the attitude of his men who allowed the vehicle to pass through the border.

He has therefore directed the Deputy Commissioner of police in charge of operations to bring the erring police officers to book.

According to a statement issued by the spokesman of the command, Tee Leo Ikoro, the police commissioner said the policemen responsible for the coverage of the routes the bus passed would be exposed.

The statement added, “The commissioner is particularly disturbed to notice that a Benue State bound commuter bus carrying about twenty passengers from Lagos was seen in the centre of Akure, having seriously warned his men at all entering points into Ondo State to ensure no entry of any kind, except those considered to be on essential services.

“He has directed the Deputy Commissioner of Police in charge Operations to bring to book all those involved in the coverage of the routes the bus passed through until it was apprehended in Akure.

” Although border points into Ondo State are manned by a combination of all security agencies in the State, it is considered the prime duty of the Nigeria Police who by their stand is the first on the frontline of internal security to live up to their bidding by sincerely performing their tasks at this crucial moment without any blemish.

“since the State government announced the first index case, I completely placed my Command on a new direction of correctness, sweeping away those with timid and unprofessional attitudes that may jeopardize the directives of government, and I can be bold to say that we are totally keeping with the tenet of professional policing which is why the Command is working at an incredible rapid rate in order to cover all entry points into Ondo State”.